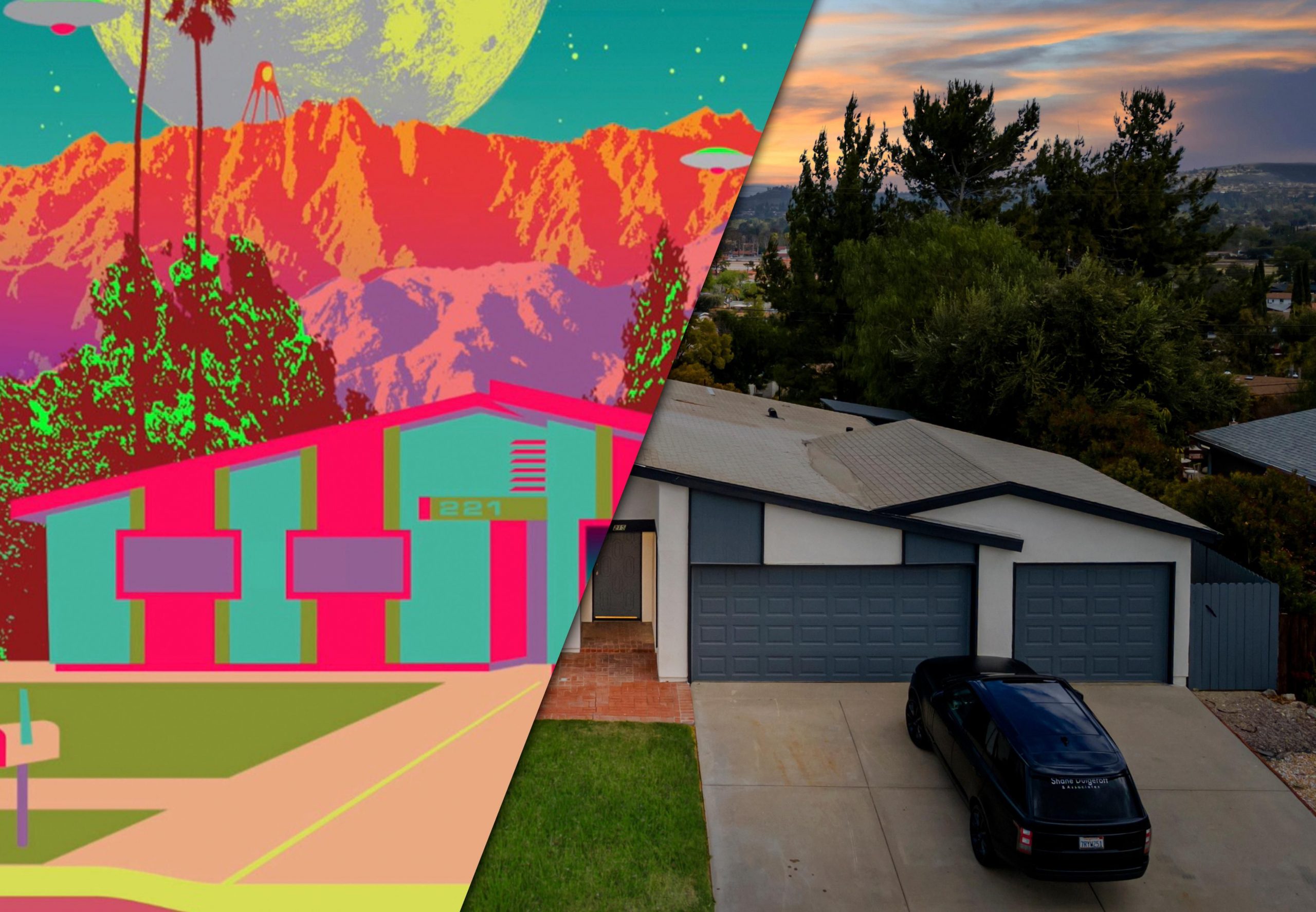 Shane Dulgeroff had big plans for his four-bedroom, two-bathroom house just outside of Los Angeles. Seeking to cash in on latest crypto craze—NFTs, an acronym for nonfungible tokens—he listed the home for auction earlier this month by attaching it to a piece of Kii Arens’ digital artwork and putting the bottom price for the pair at $1.15 million in ethereum.

“We didn’t have any bids,” the 27-year-old luxury property broker says. “There’s a lot of uncertainty around it due to the fact that it’s the world’s first.”

Instead, Dulgeroff has decided to sell it the old-fashioned way, with an MLS listing and traditional advertising, and will be accepting standard financing offers. “I wanted to open it up to people who didn’t have $1.2 million in cash or cryptocurrency right at their fingertips,” he says, adding that the NFT will still come with the home.

NFTs have set the internet ablaze in recent months, leading even some of the concept’s most prominent beneficiaries to call it a bubble. As Forbes explained in February, NFTs are simply a new way of buying and selling digital assets. Each purchase gets a unique entry on the blockchain—a digital ledger of sorts—which serves as a way of verifying that items are authentic and belong to a single owner. (More details on this here.)

Jack Dorsey sold his first tweet as an NFT for $2.9 million in March, the musician Steve Aoki collaborated on a multisensory $888,888 sale. And most famously, the digital artist Beeple sold a composite of 5,000 images for a record $69.3 million.

Dulgeroff says he has rejected a $1 million offer for his property, which he bought for $746,000 last August. At 1,800 square feet, the unit is designed as a duplex—a rarity in its single-family neighborhood—and also features a pool and spacious yard.

In the end, his NFT plan may end up being a brilliant marketing play, even if the home sells in the conventional manner. “The whole process has been pretty crazy,” he says. “I’ve sold a bunch of regular real estate in my career. . . . This is by far the most interest I’ve had in a property.”

I’ve been a reporter at Forbes since 2016. Before that, I spent a year on the road—driving for Uber in Cleveland, volcano climbing in Guatemala, cattle farming in