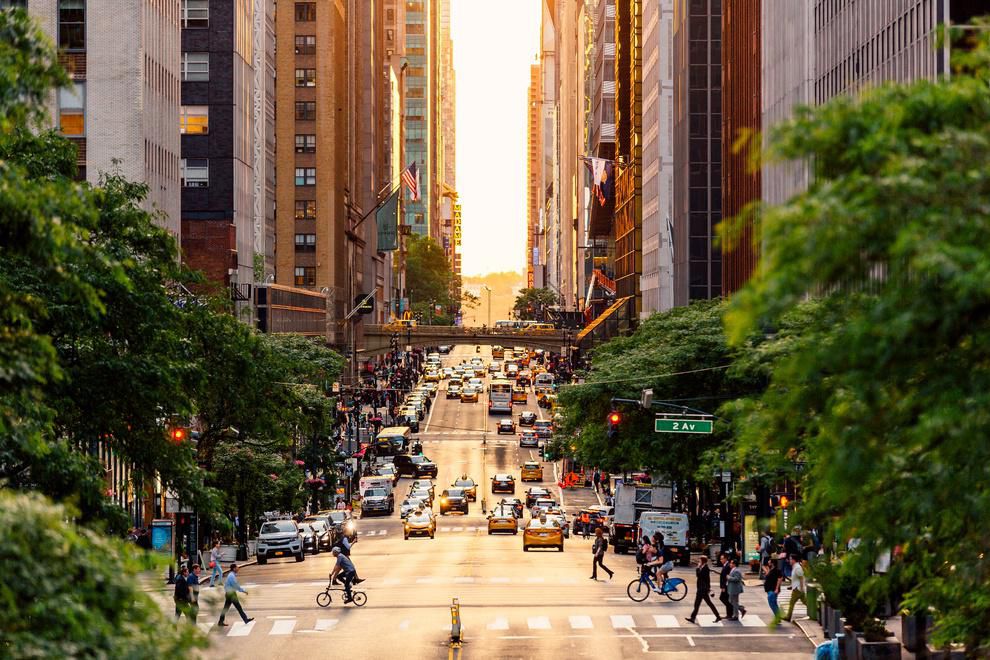 For a few short months, it looked like renters in New York City were finally getting their revenge. After years of facing exorbitant broker fees, questionable landlords and cutthroat competition for highly priced tiny places, the pandemic flipped the script. Suddenly, panicked landlords unable to evict current tenants and losing others to suburban flight began offering units at cut rates with generous concessions. In some parts of the city, the flip was short-lived.

Bidding wars, “best and final” auctions, unpredictable negotiations and heartbreak are once again a reality for applicants, at least the ones hoping to score a unit in one of the city’s more desirable neighborhoods.

The changing dynamic comes as the overall rental market remains discounted. Median rental prices in Manhattan were down 18.5% year-over-year in April, according to the most recently available Elliman data; Brooklyn was down 16.2%, while Queens fell 13.1%. Those discounts helped propel the number of new signings to record highs.

But for some tenants looking to move into hotspots, it’s been hard to find a new place to live. One such prospective tenant, Bill, a recent empty nester from the outskirts of Chicago, got the full taste of the old rules when he and his wife tried to land a new apartment in the SoHo area. The couple traveled to New York in April to scout 10 units and after choosing one, they sent in a security deposit and flew home with peace of mind. A week later, the landlord sent their check back. “They took a higher offer without giving us a chance to match,” says Bill, who asked to be identified only by his first name.

In January, it had been a different reality, with a healthy selection in their price range and concessions like one-month free. By the spring, that had evaporated. After losing out on the first apartment, the couple sent in a security deposit on another, only to have the owner sell the unit at the last minute. They tried again on a new place, Bill’s third time getting a cashier’s check from the bank. The lease came back with significantly worse terms than agreed upon. The pair is now waiting on approval from the co-op board of a fourth apartment that they hope will be a winner.

“It’s new listings coming into those most coveted type areas,” says Hal Gavzie, the executive director of leasing at Douglas Elliman Real Estate, of the heightened competition. That includes Boerum Hill and Cobble Hill in Brooklyn, and the West Village, Meatpacking District, SoHo and Tribeca in Manhattan. Brokers fees are beginning to make a comeback, and some landlords are even asking applicants to submit their best and final offers above the advertised rental price, akin to what would be expected of a competitive home purchase.

In post-COVID New York, some listings are receiving multiple applications within 24 hours of hitting the market, sometimes before the applicant has even viewed the apartment in person, says Christian Emanuel, a real estate salesperson at Brown Harris Stevens. In Brooklyn, that is particularly true of larger apartments, since renters are seeking more space than they might have prior to the pandemic.

“We’re in a little bit of a scarcity moment,” he says. “You go to StreetEasy, and you type in ‘Park Slope, any budget, three bedrooms, two baths and a washer/dryer,’ and you’ve got eight listings.”

Deal hunters need to target their searches to areas that are less appealing, like the Financial District, where there is a glut of inventory and landlords are still offering major concessions in an effort to drum up interest. In those areas, prospective renters are still enjoying their taste of power, says Alexander Madrigal, a Compass agent, submitting multiple applications and trying to negotiate the biggest possible discount. Madrigal lost a deal last week after an applicant found an owner who offered four months of free rent. “A lot of it has to do with the simple fact of supply and demand,” he says.

Not so a couple miles north in Greenwich Village. Keyan Sanai, another Elliman agent, says he received so much interest in a three-bedroom unit on Carmine Street several weeks ago that he took the listing down and relisted it the next day with a $500 bump in monthly rent. “We realized very quickly what we had,” he says. In another unit in the same building, he posted a rental at 4:30 pm one afternoon, and by eight o’clock had received more than 100 inquiries. The low prices of the winter months, says Elliman agent Jessica Levine, are a vestige.

“That was also last month, this month has totally changed,” says Levine, one of the firm’s most productive agents. At one property she represents in the West Village, for instance, some apartments are renting for $9,000 per month, compared to $7,500 pre-Covid. “The building is so in demand that we’re getting all-time high prices,” she says.