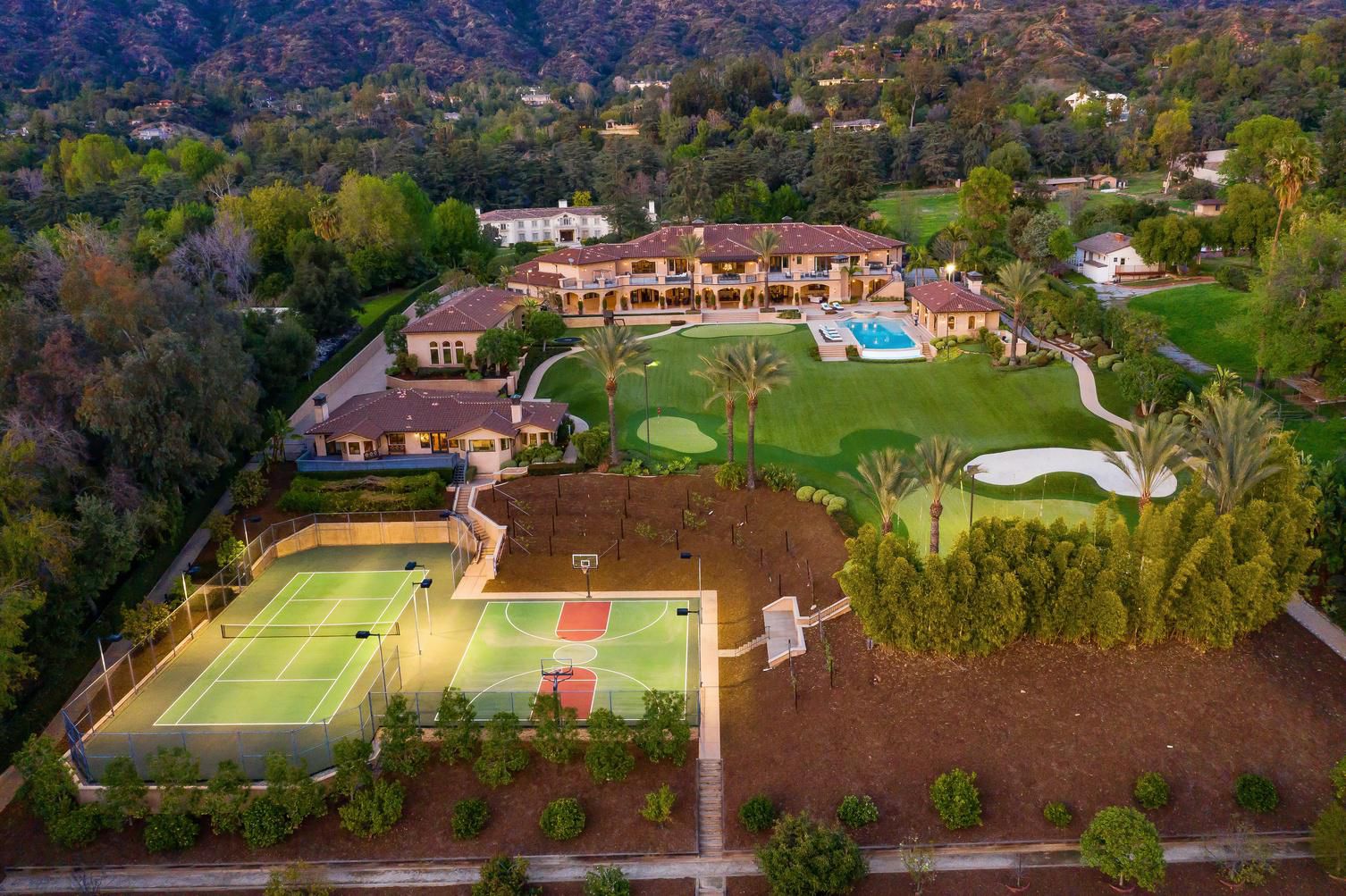 Billionaire Lynsi Snyder, who took over the reins of In-N-Out Burger in 2010, is selling her sprawling compound in guard-gated Bradbury Estates in the Los Angeles area for $16.8 million. It’s the most expensive listing currently on the market in the San Gabriel Valley.

In 2017, Snyder had the Mediterranean-style retreat on the market for $19.8 million but took it off at the end of that year.

Snyder, who Forbes estimates has a net worth of $3.6 billion, bought the property in 2012 from former Los Angeles Dodgers star Adrián Beltré for $17.41 million in 2012. She became a billionaire in 2017 on her 35th birthday, when she received the final portion of her inheritance, an additional stake in the chain.

Not your ordinary California hamburger-heiress home, the 18,687-square-foot main house and three-bedroom, two-bath guest house come with an array of amenities, including a two-hole golf course, tennis court, basketball court and fitness center.

The 3,400-square-foot recreation center, which has indoor turf in areas, caters to multiple uses and purposes, including a ballroom, dance studio or batting cage.

Built in 2010, the main house includes eight bedrooms and 12.5 baths. Entering through a long-grand driveway, the home opens into an elaborate foyer with an impressive double staircase, formal living and dining rooms, a billiards room, lushly decorated home theater, wine room, a chef’s kitchen with double island, and a full outdoor kitchen.

The infinity-edge pool and cabana are surrounded by vineyards, fruit trees and manicured landscaping.

The estate is listed by Joseph Chiovare and Ronald Chang of Coldwell Banker Realty in Arcadia, California, according to toptenrealestatedeals.com.