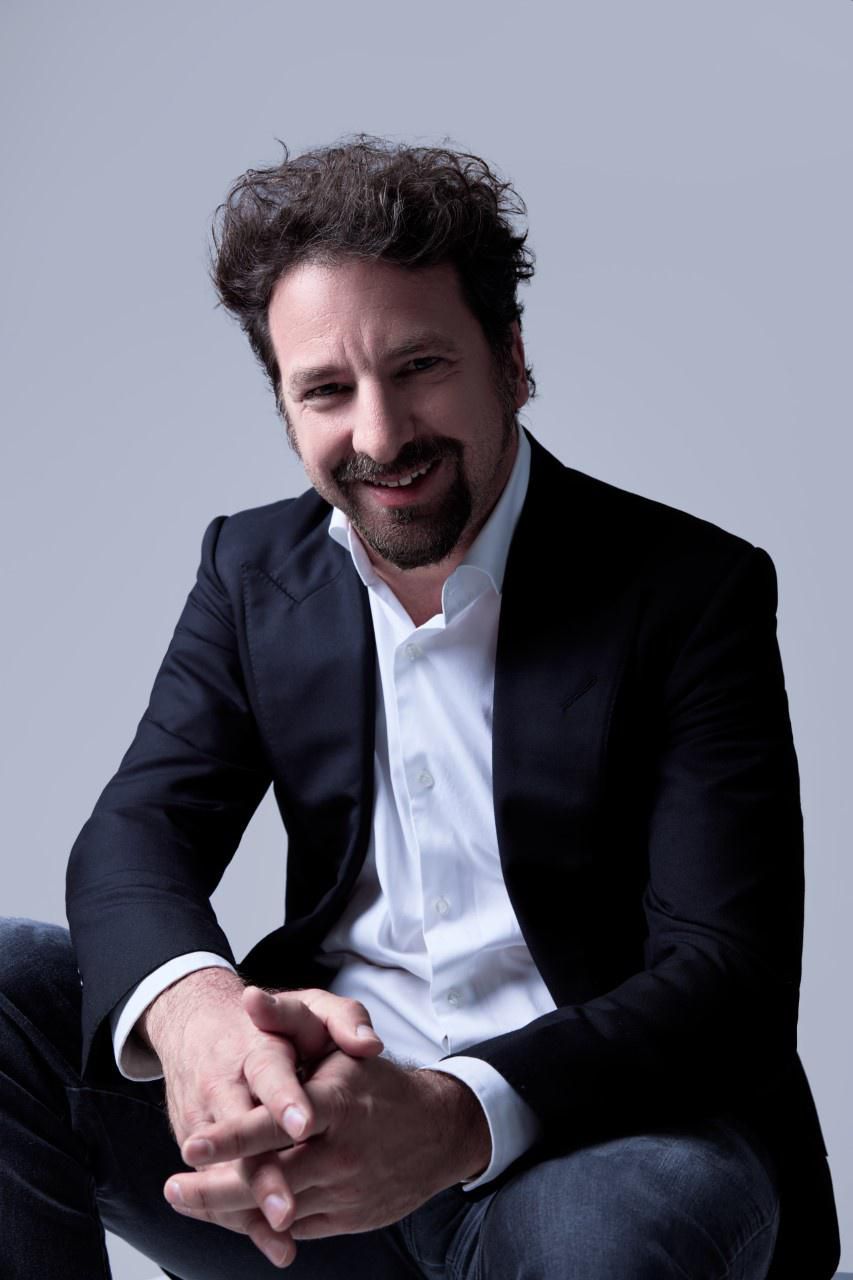 German architect Rolf Demmler first arrived in China in 2004 after what he says was an “accident.” Facing an uninspiring career trajectory at home, Demmler was ready for a change when opportunity called. “Somebody from out of nowhere said, ‘We have job offerings in China,’” he recalled in a recent interview in Shanghai.  “It labeled itself a Swiss company. I had worked in Switzerland, one of my professors was Swiss, and I had some sort of affiliation to Switzerland. I didn’t know them. They didn’t want a portfolio, just an email.  I didn’t have anything prepared, but I gave it a shot.”

“I Googled them, but there was nothing in Switzerland,” Demmler said.  “I checked with the Swiss authorities, thinking ‘let’s have a look, see what it is.’   It turned out that it was a Chinese guy who started out in Switzerland. That’s what made it a Swiss office. It was a start-up, but it was good enough for me.” A mere three weeks later, “I was here” in Shanghai, Demmler smiled. “It was the perfect introduction to China.”

Seventeen years on, Demmler leads his own start-up business, SoftGrid Shanghai. Its 10 staff in Shanghai have zeroed in on growing demand for buildings and districts that aim to meet high standards for building longevity and aim to limit climate change. “I saw China suddenly opening up to the idea of protecting more of its physical-built history,” he said. Overlapping certification standards for sustainability in China and German give him a local boost. The 47-year-old native of Mannheim, Germany has designed or consulted on projects in China for international firms such as Ardex, BASF and Volkswagen. SoftGrid also does business with Chinese billionaire-led businesses such as Powerlong Real Estate Holdings, Red Star Macalline and Logan Group.

Rolf landed in China as the country was in the early days of one of history’s largest wealth explosions. Its membership in the World Trade Organization in 2001 paved the way for trade growth that has helped to turn the country into the world’s second-largest economy. Greater China – including the mainland, Hong Kong, Macao and Taiwan – has more members of the recent Forbes Global 2000 ranking of the world’s top publicly traded businesses than any single country. The mainland already boasts the world’s second-largest number of billionaires.    Many of the world’s largest architecture firms have benefitted from its building boom:  Gensler, Perkins + Will, SOM, HOK and Perkins Eastman have China operations; before her death in 2016, British-Iraqi designer Zaha Hadid made a big name for herself through a partnership of Soho China.

Though the country faces geopolitical controversy and tension, expat entrepreneurs on the ground– especially those that have been around the block like Demmler – are largely focused on finding ways to grow their business, and are getting it from the country’s strong post-COVID economic recovery.  “The majority of U.S. companies are successful in China and see that success as an important contributor to their global performance,” said Kenneth Jarrett, a senior advisor to the Albright Stonebridge Group, in a recent interview. “They are not looking to exit the China market.”

Since arriving in China, Demmler says one of his own focuses has been the complexity of society in the world’s most populous nation and its evolving ideas about how to modernize historical assets.   “When I came here there were articles in mainstream German magazines about architecture in China, saying:  ‘It’s so big! You can do anything!’  This was never, ever, my interest. My interest was always the complexity issues” that involve evolving older structures and areas for today’s public use and space needs, he said.    “That made it more interesting for me to be in China.”

A second big wave to influence design in the country has been environmental protection. “What do buildings do? How do we preserve energy? How do we make healthy environments? How do we make livable environments? In an ever-changing society, what are building life spans?  If you build something now, what happens in 20 years? Does anyone know? How do you adjust? These topics are very much what I built my office around in the past 10 years, and it’s also what we bring to China.”  One source of pride is SoftGrid’s design work on the first R&D building in China built by BASF that was certified by German sustainability standards.

The election of President Joe Biden and U.S. return to the Paris Agreement this year “are fueling the ideas that we are trying to establish,” he said.  “Basically, the world came together behind the Paris Agreement in 2016. Then, the U.S. pulled out. Normally, that would have been a gigantic step, but the actual reaction, was: ‘So what?’ For China it was too late, and for Europe it was too late. For China, the central government cannot just pull back. The EU and China have been on the same page on that for several years,” he said.

Though China’s rapid economic recovery and the U.S. election are helping momentum, Demmler’s success today has also been built from smaller points along the way, including a curiosity that led him to enroll in universities both in German and abroad – he holds degrees in architecture from TU Darmstadt and the University of Strathclyde in Glasgow – and a willingness to look afar for learning and ideas.  Demmler lauds his first boss in China, Vincent Zhang, the founder of (still surviving) Lemanarc. “There was innovative thinking and trying to push things forward in China,” Demmler said.  “I got that feeling right away. Just having stepped off the plane, I was able to get to know to know the country and yet, at the same time, realize quite quickly that the office that I was working for has a different perspective.”  Eventually, “it turned out to be too Chinese,” with excessive hierarchical thinking, Demmler said.

Before setting up SoftGrid, he next spent nearly three years with Studio Shanghai, whose celebrated American founder Benjamin Wood is credited with designing the key elements of the city’s iconic Xintiandi nightlife district.  Demmler’s wife Liu Dong – the couple married in 2011 – has been another plus. The mother of their two trilingual children (German, Chinese, English) is a graduate of Manchester University and ex-Rolls-Royce staffer; Liu joined SoftGrid in 2010 and works in business development.

SoftGrid’s has proven nimble in taking on larger projects due to its ability to work with partners with local operations. In 2014, for instance, the firm won a contract for the design of a 400-meter tower in Nanjing (though it was halted before built). “Can I do this with 10 people? Of course, I can’t. So, we partner up. We want them onboard.  We are proactive. We are very, very good now at managing layers.”

“These 10 people are like the steering committee of the project but the project team is actually larger, Demmler said. Businesses that SoftGrid has partnered up on China projects include China State Construction Engineering Corp., Oli Systems and EnergyDesign Asia. Those ties help Demmler generate the equivalent of about $1.5 million of business annually.

Though China’s own architects have moved up the skills ladder in the past two decades, Demmler still believes that the U.S. and Europe possess design expertise that are valuable to China. “In consumer products, China is beating the hell out of us. To me, buildings aren’t consumer products. Buildings are an integrated effort with lots of participants,” he said. “If you talk to engineers here, it’s always a very narrow perspective.  It’s like, I want to pull (a solution) out of my drawer, and apply it.”  A broader, more integrative approach “is something that we bring here from Europe.” Perkins Eastman Co-Founder Bradford Perkins in a new book this year, “The Architect’s Guide to Developing and Managing an International Practice,” also identifies Asia and China as potential markets for North American designers.

Next up for Demmler: Trying to leverage his China success into more business at home in Germany by setting up SoftGrid Europe GmbH in 2020. “In the last five years, we have done a lot of work between Germany and China. I’m the guy bringing the expertise that we have acquired here back to Germany” in search of new design contracts with German business in China as well as with Chinese companies in German.  The approach materialized while Demmler was stranded in Europe from in Jan.-Sept. 2020, unable to return to Shanghai due to Covid-19 travel restrictions. “In Germany, I was hiring people to work for me, and then saw for the first time only three months later. This what Covid-19 brought. Half of my time, I’m working my projects here and half acquiring projects there (while) setting up the new company.”

To overcome the pandemic’s disruptions, he’s applying a skill honed in China with German meticulousness.  “There is a spirit here how to move things forward quickly and flexibly, and that something that you learn in China, very, very well,” he said. Time will tell how well that fusion works out back in Europe.