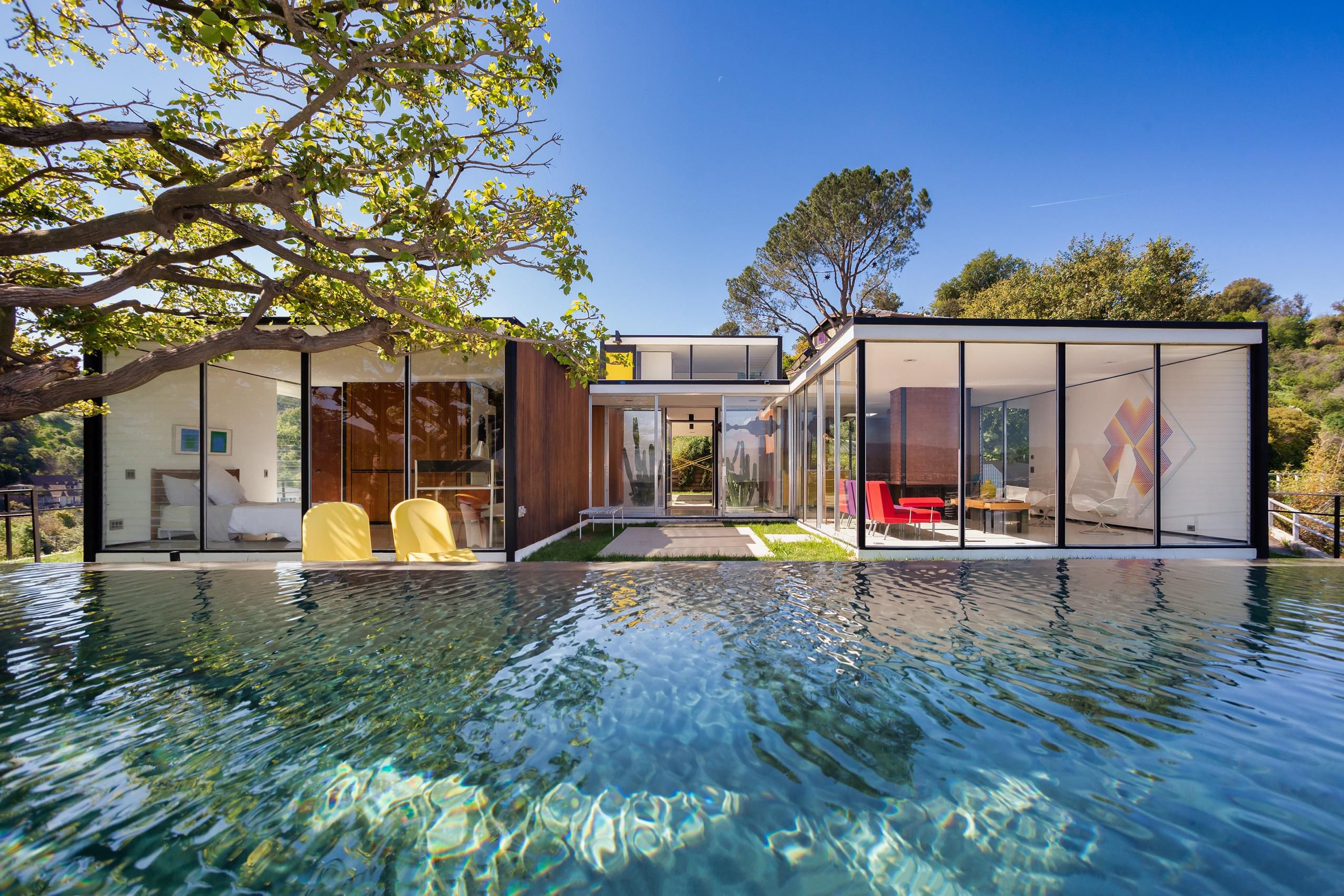 Decades before the “starchitects” and their mega-mansion projects in Beverly Hills and Bel-Air, iconic Mid-Century Modern architects such as  Richard Neutra, John Lautner, A. Quincy Jones, Craig Ellwood, and Edward Fickett were designing timeless homes around Southern California. Their Modernism styles, noted for walls of glass, open floor plans, and post and beam construction, captured the essence of the indoor-outdoor California lifestyle.

The linear and sleek designs many built as custom commissions in the fifties and sixties are perfect in their simplicity. Today, Mid-Century homes that have aged gracefully can boast eight-figure price tags after restoration and expansion. For example, a 4,200-square-foot Malibu property designed by noted Mid-Century architect Edward Fickett is currently listed at $10,000,000. No doubt, Fickett and his contemporaries would gasp at the prices these prized properties are selling for around Los Angeles. If these homes don’t sell before hitting the market (well-kept Mid-Century homes often have a line of patient buyers waiting in the wings), they receive multiple offers resulting in bidding wars.

Meet Philippe Naouri, the sought-after designer and creative director of the Los Angeles-based Philippe Naouri Maison, who purchased and restored the Fickett home.  A true preservationist, Naouri reimagines and redesigns Mid-Century gems from Malibu to Trousdale to the Hollywood Hills for today’s lifestyle while maintaining the integrity of the architect of record.

“Many people buy these homes and do teardowns since land is so expensive and the existing homes are often under 2,000 square feet.  Developers want the largest house possible on the property, so it pencils out for today’s market,” explained Naouri, who previously made his mark in fashion as a designer of vintage denim apparel for LA Antik Denim before turning his talents and vision to Mid-Century architecture.

“My way of thinking is to site them keeping the views and make it larger to justify the price point when we put them back on the market. Buyers love Mid-Century, but they do want them with all of today’s amenities,” Naouri said.  Those amenities include everything from state-of-the-art kitchens to the ultimate smart home systems.

A longtime Modernism enthusiast, Naouri, born and raised in France, bought his first Mid-Century home at the age of 18 in Dallas. Part of Naouri’s restoration and redesign process includes restoring or replacing travertine flooring, walnut wood paneling and designing new kitchens and baths. As a steward of these homes, Naouri replaces clerestory windows with double-paned energy-efficient ones while expanding the home’s original footprint yet retaining inherent design integrity.

Mick Partridge of Beverly Hills-based Hilton & Hyland partners with Naouri to market the properties.  Locating and securing architecturally significant properties for Naouri to buy, Partridge, the son of a well-known Los Angeles architect, understands the increasingly competitive niche of the Mid-Century market. As a successful real estate broker, Partridge works with Nouri to reimagine the homes that can be marketed and sold at price points to attract the right buyers who appreciate Naouri’s expertise.  Partridge exclusively markets and sells all of Nouri’s projects. “My office is helping build Philippe’s Mid-Century portfolio as we are doing a lot of architectural sales,” Partridge said.

Naouri is a prolific designer with five projects in Malibu soon coming to market and a Trousdale estate on Loma Vista offered at $20,000,000. In addition, the Kuderna House, an authentically restored Craig Ellwood case study home in the Hollywood Hills, is also on the market at $2,945,000.

Naouri’s next passion project is the famed Chuey House on Sunset Plaza Drive, designed by Richard Neutra, one of the most iconic Mid-Century architects. “I will extend yet keep the original design while building around it and adding a second story and a guest house,” Naouri said, adding, “we will make it alive again.” To reimagine the Chuey House, Naouri worked with the Los Angeles Conservancy, with whom he has close ties. The project is expected to take over two years.

When looking at how a potential project pencils out, Naouri says he is often caught “between my love of the home and the practical financial side.”

“Sometimes, I see an amazing house, and it’s priced too high for what I do, so I pass it on to friends to buy for themselves,” he said. “You must have an exit strategy.”

Assisting with evaluating the financial viability of a project is Partridge with his pulse on the market. “Philippe is considered to be one of the areas most gifted restorationists and developers. His homes are highly sought after and don’t stay on the market for very long,” Partridge said.

As the demand for prime Mid-Century properties continues, expect to see more of Naouri’s inspiring designs the original architects would be most pleased with.