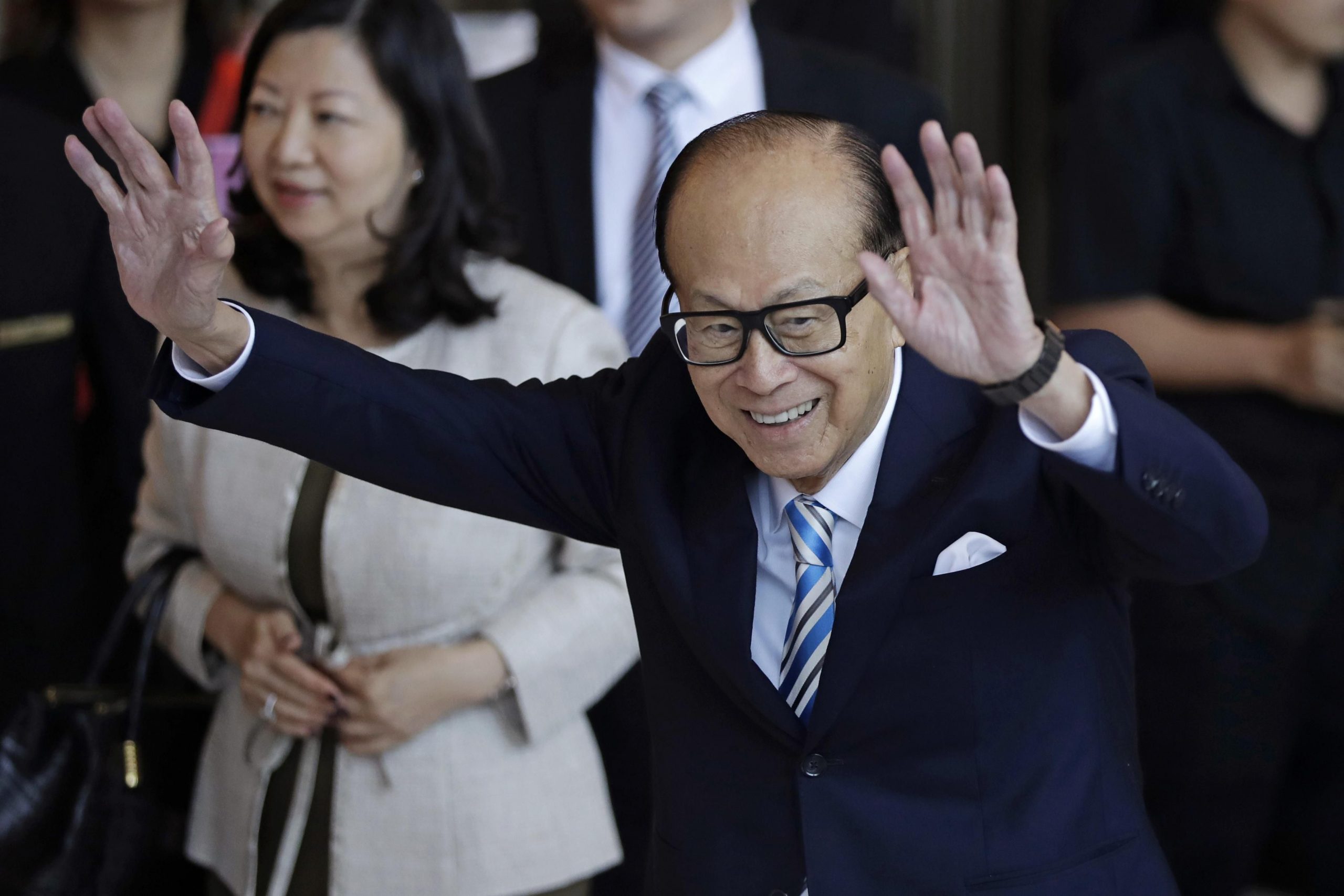 Hong Kong billionaires Li Ka-shing and Henry Cheng will hand out shopping vouchers and cash grants worth a total of HK$30 million ($3.9 million) to residents to boost the city’s sluggish coronavirus vaccination rate.

Li’s flagship companies CK Hutchison and CK Asset Holdings, together with his charitable foundation, said on Tuesday that they would offer HK$20 million worth of shopping coupons in a vaccine lottery. With the first prize valued at HK$5 million, the coupons can be used to purchase a new flat from CK Asset. They can also be used within CK Group’s businesses that include ParkNShop grocery stores, Fortress consumer electronics, and Watsons health & beauty chain, among others.

Hong Kong residents aged 18 or above who have received two coronavirus vaccine doses before August 31 will be eligible for the draw.

New World Development, controlled by the Cheng family, also said on Tuesday that it would offer HK$10 million in vaccination subsidies to the underprivileged in Hong Kong. The company will hand out a HK$1,000 inoculation and medical check allowance to each of the 5,000 needy people.

The beneficiaries, who will be selected by non-governmental organizations, need to be fully vaccinated. The incentives are set to be distributed between June and August. The firm said it would reserve the remaining HK$5 million for the next phase to include the wider public.

“Through these partnerships, we are able to offer support and subsidies precisely to the communities that are most in need,” said Adrian Cheng, CEO of New World Development, in a statement.

Since Hong Kong launched its mass Covid-19 vaccination campaign in February, only about 17% of the city’s 7.5 million people have received two doses as of June 8.

The government said it had procured a total of 15 million Pfizer-BioNTech and Sinovac jabs enough to cover Hong Kong’s entire population, but so far just about 2.7 million of them have been administered.

A health official warned in late May that the city “only has a three-month window” before the first batch of Pfizer-BioNTech vaccines expires. The low inoculation rate has been blamed on safety concerns and distrust in the government.

Li and Cheng’s offers join a growing list of incentives from many of Hong Kong’s most prominent business leaders seeking to encourage more people to get vaccinated against Covid-19.

Billionaire Lee Shau Kee’s Henderson Land Development announced on Monday that it would hold six lotteries between June and September to hand out HK$6.3 million worth of prizes that include 300 taels of pure gold and shopping vouchers for its businesses. Those are also only eligible for adult residents in the SAR who had been injected with two doses of the vaccines.

“Giving away gold is direct and flexible,” Martin Lee, Henderson Land’s co-chairman and managing director, said in a statement. “We hope the prizes will appeal to the general public.”

Robert Ng’s Sino Group and Chinese Estates Holdings said they would offer a 449-square-foot flat valued at HK$10.8 million as a lottery prize for fully inoculated Hong Kong permanent residents, as well as 20 other prizes valued at HK$100,000 each.

“We hope the city’s total vaccination rate can be increased,” said Daryl Ng, director of the Ng Teng Fong Charitable Foundation, the philanthropic arm of Sino Group. “Vaccination is an important step in our fight against the pandemic, and to protect ourselves, our loved ones, our friends and colleagues.”