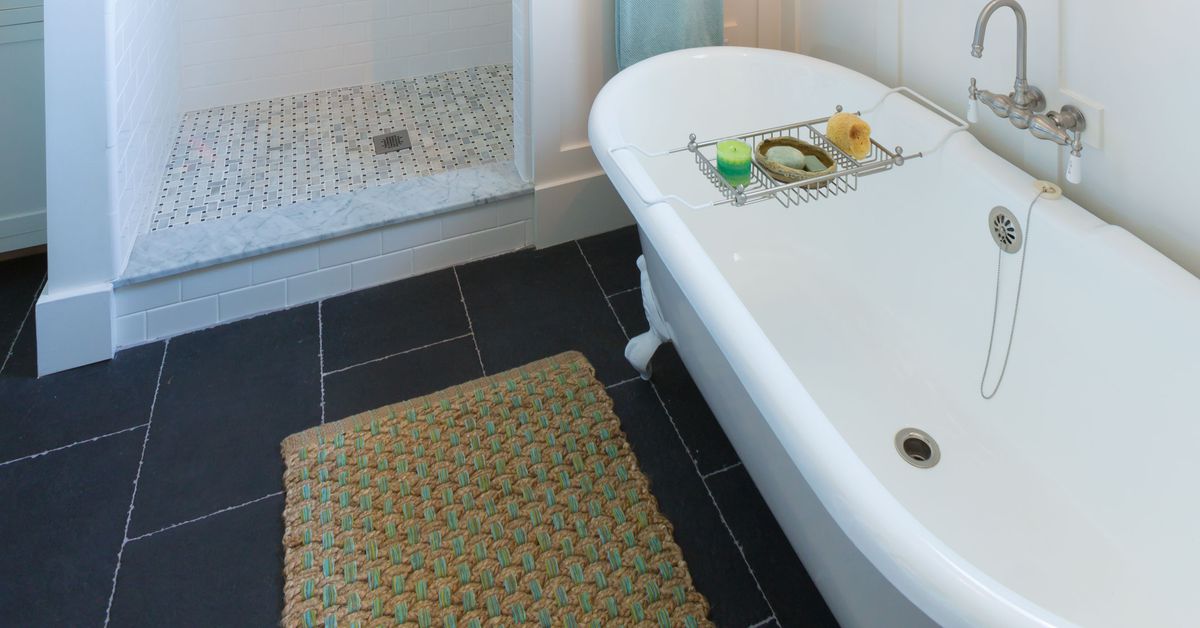 Requiring only a few tools, replacing a bathtub drain is a fairly simple job that virtually anyone can do. To begin, you’ll need the following items on hand:

Steps to Remove a Bathtub Drain

There are many types of bathtub stoppers. Three common models that don’t rely on a trip lever mechanism are the toe-touch, the push-pull, and the lift-and-turn. The toe-touch stopper pops open and shut when you press on it.

The push-pull features a center knob that you push in to close or pull out to open. Finally, the lift-and-turn resembles the push-pull, but it requires you to lift and turn the stopper (clockwise to close, counterclockwise to open).

If your stopper is connected to a trip lever mechanism, it’s either a pop-up model or plunger-style (also known as a bucket stopper). The pop-up typically features a visible stopper that’s raised or lowered by the trip lever, while the plunger relies on an internal stopper to block the water when the lever is activated; in those setups, the drain is typically covered by a screen or strainer.

Toe-touch stoppers are relatively easy to remove—just pop open the stopper and unscrew the shaft cylinder by turning it counterclockwise.