Angela from Blue i Style inherited an IKEA Lack Table from a friend.

Instead of just giving the table a new look, Angela gave it a new look and function by adding a magazine sling underneath.

Little did she know, CB2 was selling a table with a similar sling design for $249!

Here’s from Angela: “A day or two after finishing the table, I was shopping online an upcoming project and came across a gold side table at CB2 with a very similar black magazine sling below it. 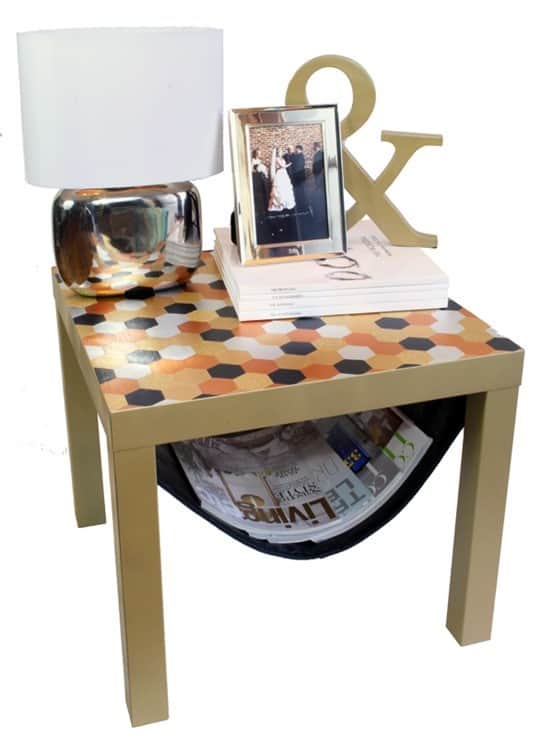 Angela’s table has a similar design to the SAIC Sling Nightstand-Side Table from CB2.

See the amazing transformation at Blue i Style.