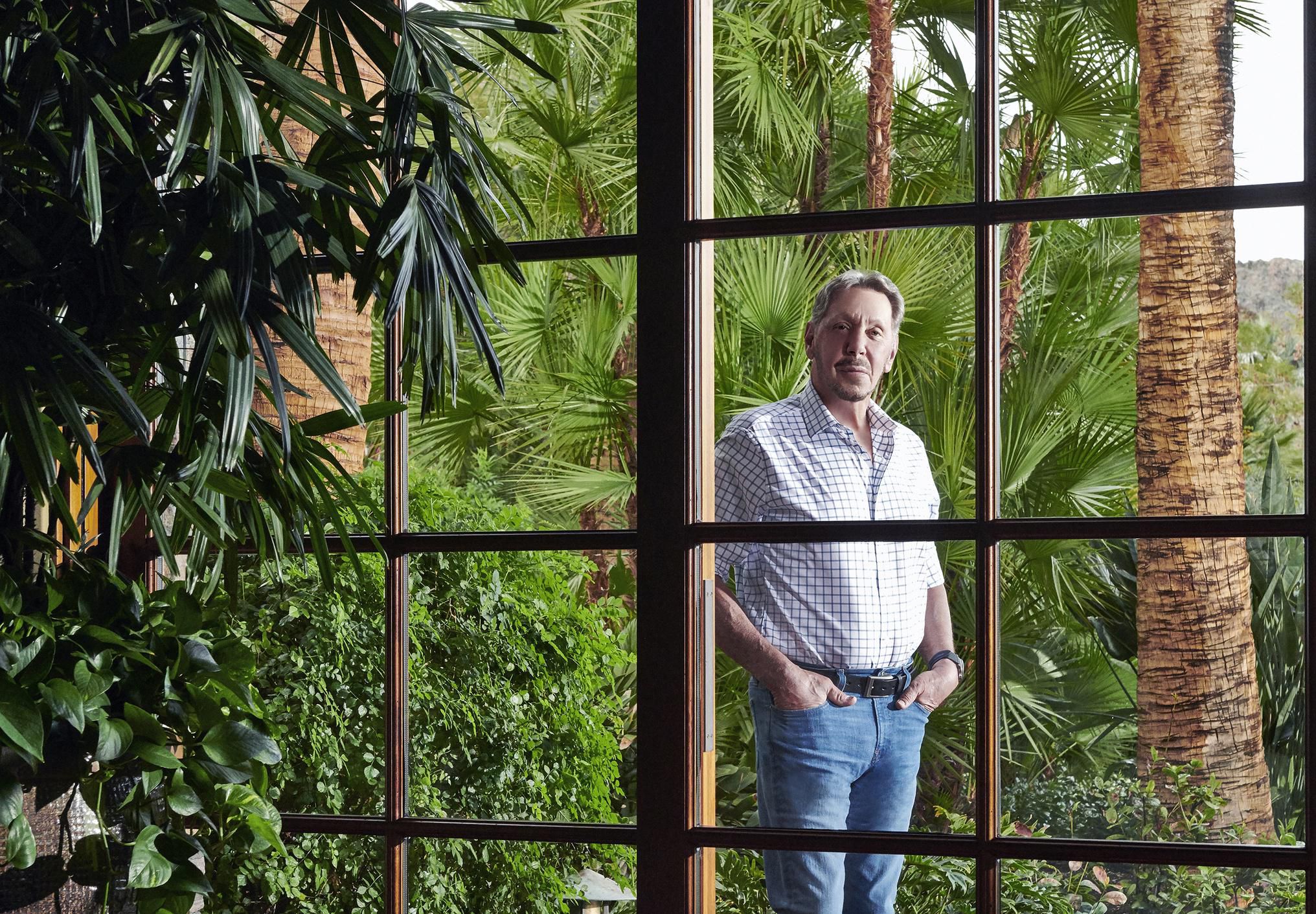 Serial trophy home buyer Larry Ellison has added another prize to his vast real estate collection after purchasing an $80 million mansion in North Palm Beach this week, the third largest oceanfront home in the posh Florida county. The six-acre property—inside a gated community—boasts more than 500 feet of ocean frontage in a neighborhood that includes fellow billionaires Robert Smith, David Tepper and Steve Wynn. The 15,514-square-foot Tuscan home has seven bedrooms, 11 bathrooms, a theater, wine room, and a lawn big enough to accommodate a helicopter.

Ellison, 76, became the world’s sixth $100 billion person this week. The majority of his fortune is tied to enterprise software giant Oracle, which he cofounded in 1977 and still chairs. He also holds a stake in Tesla worth more than $10 billion.

Ellison has steadily plowed his riches into real estate, amassing a portfolio worth well above $1 billion, Forbes estimates. The crown jewel of his empire: owning 98% of Hawaii’s sixth-largest island, Lanai, which he bought from Dole Food chairman David Murdock in 2012 for $300 million.

Lanai, which is accessible only by a small plane or a ferry ride from Maui, has become Ellison’s personal laboratory of sorts. He has various projects underway geared toward wellness, sustainable energy and reimagining the planet’s food systems—all through a capitalist lens. “Philanthropy is the definition of not sustainable,” Ellison told Forbes last April. “Business is the definition of sustainable.”

These are big dreams for the Bronx-born son of a single mother. Ellison never graduated college, and by his early twenties he worked as a river guide and rock-climbing instructor in California. Eventually he took a series of jobs at tech startups—his projects included helping build databases for the CIA—and by 1977 he decided to team up with programmers Robert Miner and Edward Oates to launch an outfit of their own.

Today Oracle is worth more than $200 billion, and Ellison’s lucrative real estate portfolio stretches from Malibu to Japan. Here are some of the places he calls home.

Ellison owns multiple properties in this ultra-luxury seaside enclave. His main asset, the Beechwood Mansion on Bellevue Avenue, was once occupied by the Astor family. Constructed in 1851, the Astors acquired it 30 years later. Ellison bought the home in 2010 for a reported $10.5 million and is said to have spent more than $100 million to convert it into a museum. Legend says the house is haunted.

Ellison owns multiple properties in Tahoe, which has also been home to Warren Buffett, Sammy Davis Jr., Frank Sinatra, and NFL quarterback Aaron Rodgers. In 2018 he also bought the famed Cal Neva Lodge in Tahoe out of bankruptcy for $35.8 million, according to local reports; the resort and casino was once co-owned by Sinatra. In 2014 Ellison sold one of his homes here for more than $20 million. It featured two piers and six bedrooms, but he settled on a bigger pad to the north.

Ellison’s portion of this 141-square-mile oasis includes a $3,000-a-night spa called Sensei Retreat and a solar-powered hydroponic greenhouse. There’s also a Nobu outpost—embedded on one of the island’s two Four Seasons resorts—for those who can’t get away without indulging in a $195 omakase sushi menu. One of the resorts also boasts a world class golf course where Bill Gates got married on the 12th hole. All told, Ellison has sunk roughly $500 million into his Lanai investment.

Ellison commands a huge chunk of the shoreline here, where he reportedly bought a 10th home for $48 million in 2017. That estate spans 7,700 square feet, and includes a tennis court and a pool. The previous owners, Lisette and Norman Ackerberg, caused a fracas by erecting walls to keep public beachgoers away; after Norman died, Lisette ultimately settled with the California Coastal Commission and took the walls down.

Inspired by Japanese imperial design, this estate sits on 23 acres and features an 8,000 square-foot home. Ellison reportedly sunk $200 million to upgrade the property, perhaps to advance his vision of creating a network of ultra-luxury home museums around the world. “I’m going to start these art museums that are basically converted homes,” he told CNBC in 2012. The Woodside property includes 10 buildings, a lake, tea house and koi pond.

At 10,000 square feet, this five-bedroom home has been part of Ellison’s portfolio for decades. Built in 1958 and designed by William Wurster, property assessments value the property at more than $20 million. It also features big-name neighbors on Billionaire’s Row, reportedly including Mark Pincus (Zynga) and Jony Ive (Apple).

Ellison plans to convert part of his 246-acre massive estate into a “six-star” resort for the ultra-rich. He bought the property for $43 million in 2011. It includes an amphitheater, 18-hole golf course and an 18,430 square-foot home. (Notably, Ellison doesn’t play golf.)

Ellison’s latest acquisition comes thanks to Gabe Hoffman, who founded investment firm Accipiter Capital Management. According to The Wall Street Journal, which first reported the sale, Hoffman purchased the property in 2012 for $17.5 million. Ellison’s deal is far from the largest in Palm Beach this year. In February a new mansion on North County Road went for more than $120 million, setting a record for the region and likely the state, according to the Palm Beach Daily News.