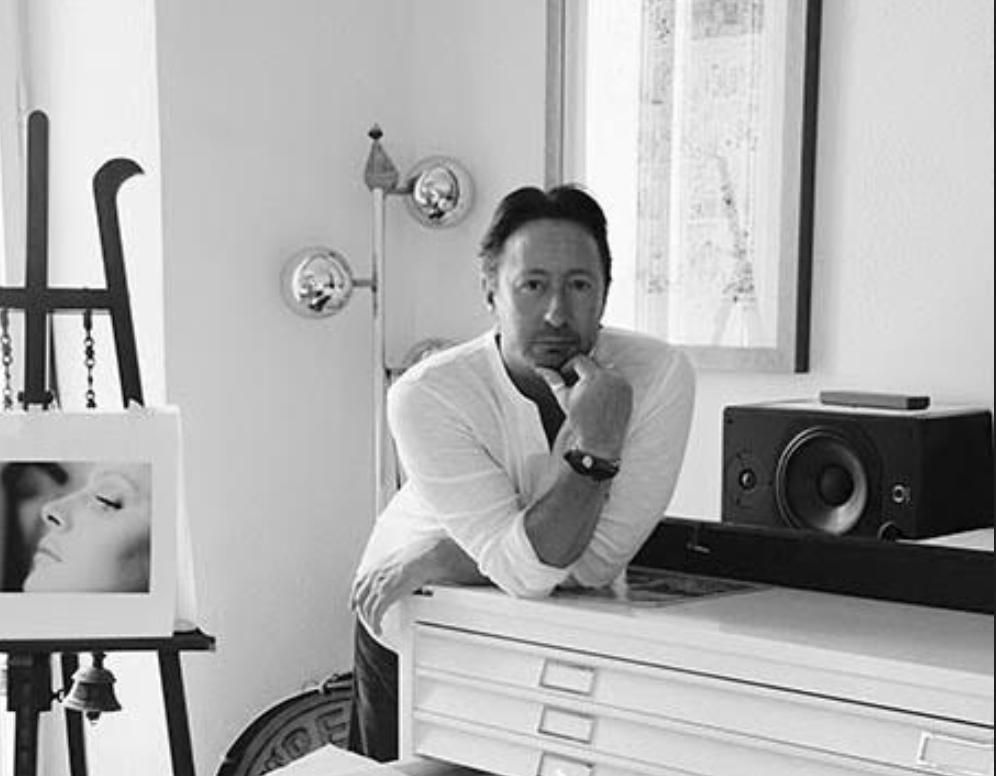 “I know how it feels to have your privacy invaded by photographers, whether it is in work mode or privately. So I have always been sensitive to that,” says Julian Lennon, describing the philosophy that has driven his decades-long career in photography. “I’m a fly on the wall. Nothing is staged. I don’t want to be in [the subject’s] way.”

Lennon has just launched a virtual exhibit called “Vision” in partnership with Aston Martin Residences, the 391-unit condo building in Miami and first residential project for the luxury carmaker. Now 70% sold, the building made news for its $50 million triplex penthouse, which comes with a hard-to-find Aston Martin Vulcan valued at over $3 million.

“It is every young English boy’s dream to not only be James Bond, but…Aston Martin…are you kidding me?” says Lennon. “As a kid I used to have the little matchbox Aston Martin. So how can I not be happy for the relationship?”

The partnership with Lennon came about after a serendipitous meeting between Lennon and reps for the building at Miami’s annual Art Basel festival. Since The Residences borrows design themes from the original aesthetic of Aston Martin cars, and there are echoes of the same level of artistry in Lennon’s photography, the amenity program organizers invited Lennon to be the inaugural artist on the program.

“That’s why we called the exhibit Vision,” said Lennon. “It’s all about design and angles. In many respects a lot of people can tell the shots that I do because of the angle I take. There’s always a little bit of an angle or an edge or something different. Otherwise anybody could take the shot. You have to define that it’s your work.”

While the building is still under construction the team has created an online immersive exhibit to showcase what will be one of the building’s high-end amenities—a private art gallery for residents. The complete collection launched yesterday and can be accessed here, though organizers for the gallery have provided a few images and an early interview with Lennon exclusively for Forbes readers. The wide-ranging exhibit consists of everything from the artist’s celebrity photos to shots of his travels of far-flung places around the globe.

As the eldest son of John Lennon, Julian Lennon has sought to define his own artistic path. “Whether that’s been through the charitable efforts for the foundation, children’s books, the independent films I’ve been part of executive producing—that’s been my thing. Just creating a relatively large body of work on so many levels.”

His foundation largely supports environmental causes and the needs of preserving indigenous populations. Named The White Feather Foundation, after the shiver-inducing moment when—having been told as a child by his father that if he ever passed away he would send him a white feather to let him know he was alright—Julian was touring in Australia in support of one of his albums and was presented with a white feather by an Aborigine tribal elder in Australia who said, “You have a voice, can you help us?”

“On all those mediums that I’ve been involved with I’ve done my graft on these things,” says Lennon. “If I become more recognizable because of certain pursuits, then it’s not because I’m John’s son or this and that. It’s because I’ve been there doing the work.”

When it comes to photography, Lennon explains he relies almost exclusively on natural light and taking all the time needed to work on the photo in post-production. He says of photographing Charlene Wittstock the morning of her wedding to Prince Albert of Monaco:

“She’s not only got the hairdresser, but the hairdresser’s assistant, the makeup artist, the makeup artist’s assistant. Then the tailor, the tailor’s assistant, and the assistant who is steaming things on the side. All in this tiny little room. I was literally being pushed by all the assistants and have never been in a situation like that so I was really panicking. And I’m going, ‘what am I going to?’ She says, “Jules, I think this is making me feel too anxious I don’t think we can do this.’ I said, “Charlene, this is a moment in history. This is ten minutes before you’re becoming a princess.”

Lennon was able to get a few shots but didn’t think any of them matched the importance of the occasion. “So I desaturated [the colors in one] picture and I got goosebumps. It just took me back to a time and an age.” He applied the same effects to the rest of the photos and was able to create a collection that captured the momentous nature of the event. “It truly reminded me of Princess Grace of Monaco.”

Lennon has also just released to the public an extensive collection from his time in Havana, Cuba and several of the images from his collection are on display in the “Vision” exhibit.

As he describes, “I fell in love with the place. It was relatively untouched. You can just imagine harkening back forty, fifty years and feeling what that may have been like. It was captured in time and it still remains relatively as it was. There’s a certain absolute beauty about it. You saw the poverty there and the sadness. You can see a lot of sadness in their eyes but they make the best out of the worst. There’s a lot of happiness within. That’s one of the things that I try and parlay through the photography.”

Here are a few more pictures from the exhibit:

A spontaneous trip to Colombia where a friend had set up an art gallery led to photos such as the street mural above.

The above photo was taken during a songwriting session by U2.

The above photo is of singer Tony Mortimer for the artwork in support of his album, “Songs From The Suitcase.”

For more pictures, the 3D immersive exhibit can be found here, along with an explanation from Lennon about the story behind each photo. For more of Lennon’s photography, complete with several just-launched collections, head to his personal website: julianlennon-photography.com. For more information on Aston Martin Residences, go to their website here.