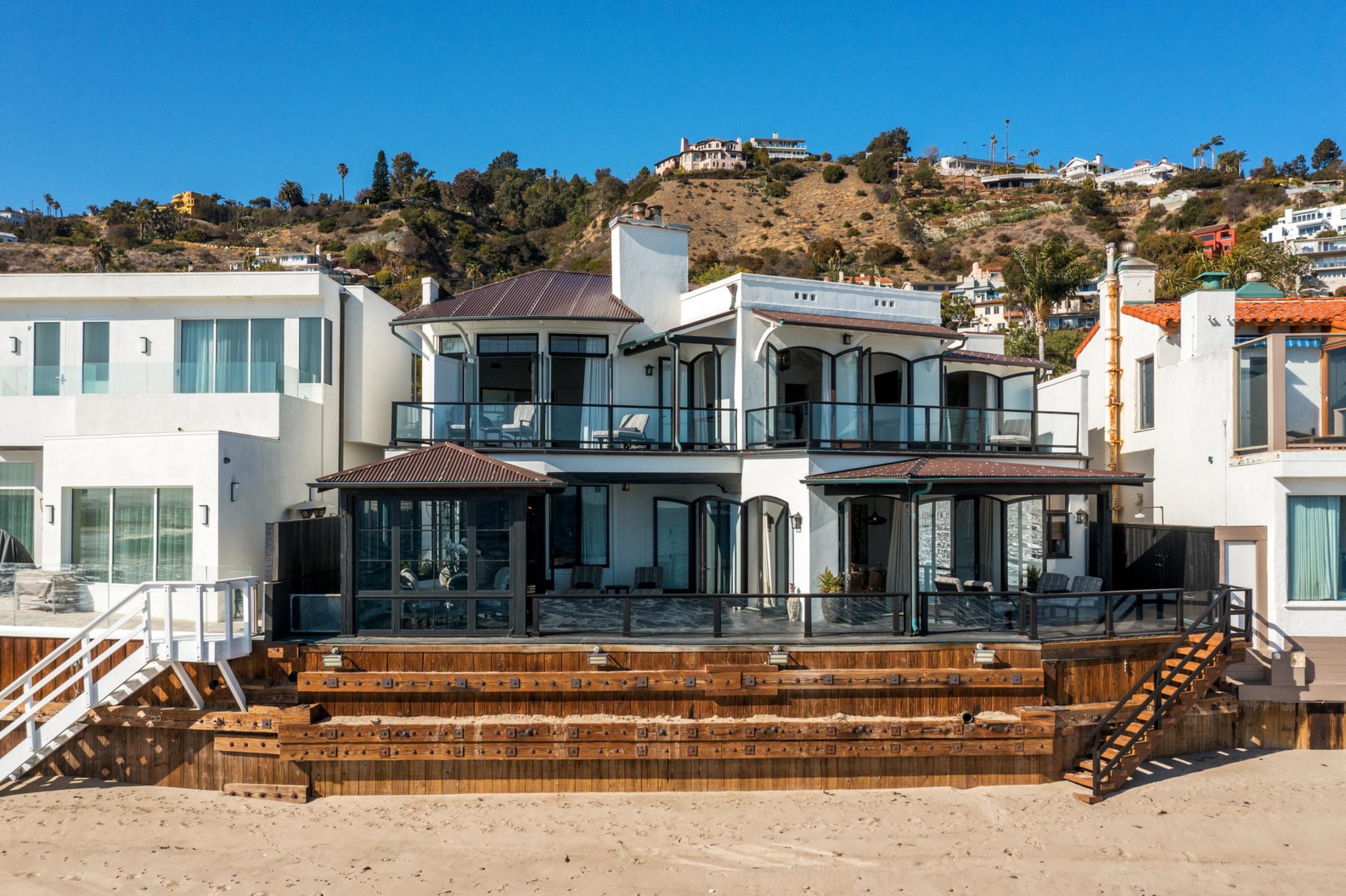 Here’s one Netflix release you won’t find on the streaming service: Ted Sarandos, the co-chief executive and chief content officer for the media juggernaut, and his wife, former U.S. ambassador Nicole Avant, have sold their home in Malibu for $14.73 million.

The home on La Costa Beach—a coveted stretch along the Malibu coast—hit the market in late March and closed in about two weeks, records show.

“This was a phenomenally easy transaction due to the buyers, sellers and agents involved,” said luxury real estate specialist Stuart Vetterick of Hilton & Hyland, who represented the buyer in the deal. “I could not speak more highly of the parties involved.”

Sarandos and Avant had owned the two-story beach house since 2013 when they reportedly purchased it from comedian David Spade. Extensively updated and enhanced during their stay, the residence sits on 60 feet of beachfront and features a private courtyard pool—a rare feature in the coastal community.

The four-bedroom home is about 3,800 square feet and has oceanfront decking, balconies and walls of windows that look onto unobstructed ocean views. Entered through arched glass doors, the home opens to an open living and dining room area with expanses of glass along the far wall. A step-up family room sits off the living room area and has French doors that open to covered patio space. A European-inspired chef’s kitchen with high-end appliances fills out the common area.

The sale is indicative of a Malibu housing landscape that has been operating in overdrive since last year. According to Vetterick, the COVID-19 pandemic completely reinvigorated a market that was disrupted in 2018 by the Woolsey Fire. A severe lack of inventory has only accelerated current conditions.

“Malibu is a tight, tight market. After the fires, a lot of people left Malibu,” he said. “COVID changed everything—it brought more people back.”

According to Vetterick, in today’s Malibu market, high-caliber properties such as the one on La Costa Beach will generally receive multiple offers before selling but even the so-called fixer-uppers are moving pretty quickly.

Vetterick expects the market will continue to perform at a high level, primarily due to a lack of supply.

“I don’t see [the market] changing—there’s still a strong demand for beach houses in Malibu,” he said. “It’s the same situation across all of Los Angeles; we’re at almost decade-low levels of inventory.”

Jonah Wilson, also of Hilton & Hyland, was the listing agent for the property.

Hilton & Hyland is an exclusive member of Forbes Global Properties, a consumer marketplace and membership network of elite brokerages selling the world’s most luxurious homes.