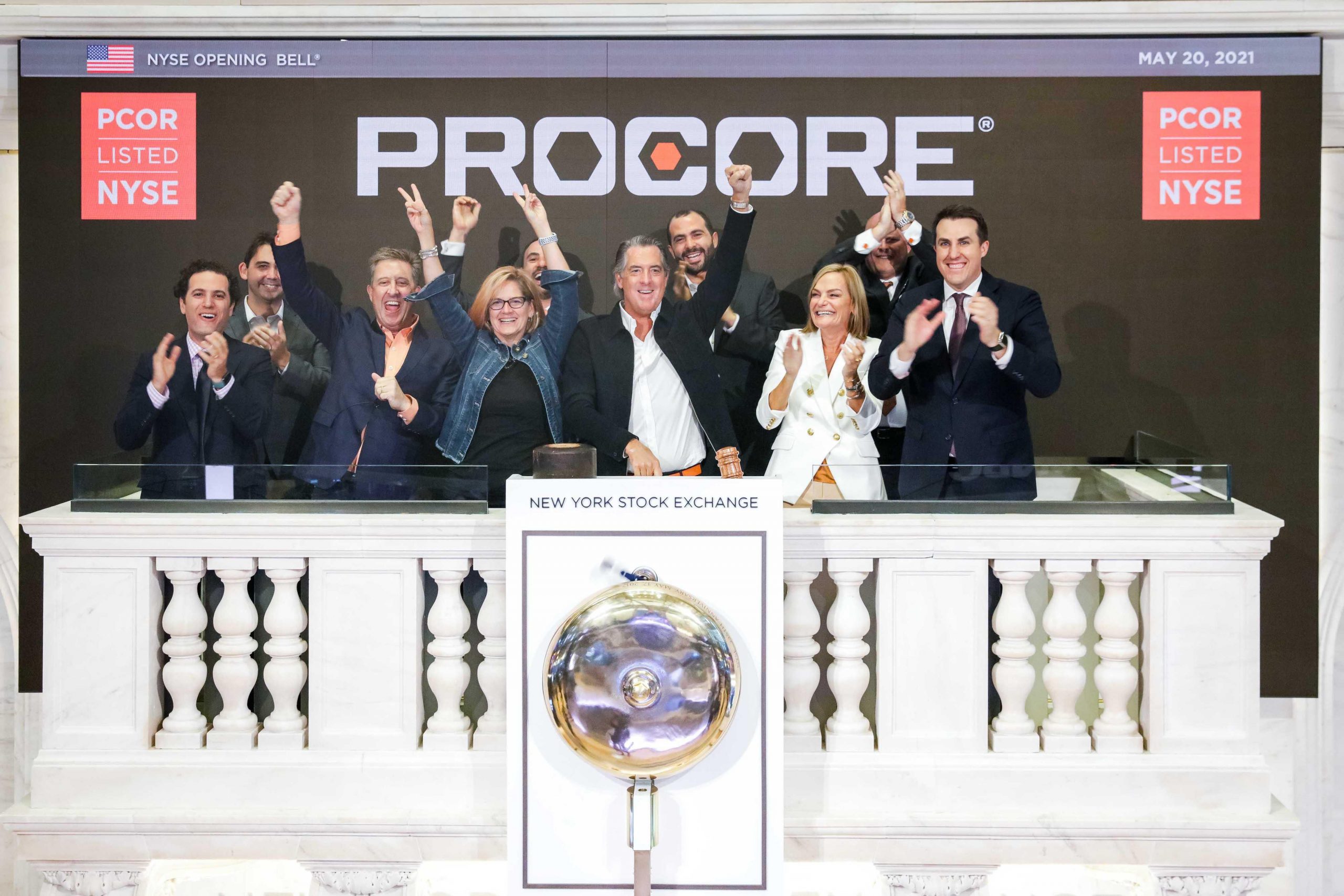 In March 2020, Procore CEO Tooey Courtemanche had his bags packed to go on an investor roadshow to pitch his construction cloud software business to analysts ahead of an initial public offering. Founded in 2002, Procore had taken a long path to IPO. But it would have to wait longer yet, as the Covid-19 pandemic had other plans.

Now, more than a year later, Procore has finally listed as a public company at the New York Stock Exchange. And for Courtemanche, the debut was worth the wait. Shares of Procore priced above range at $67 and then opened at $84 per share, closing their first day of trading at $88. That gives Procore, which was valued at $5 billion in a private funding round it raised last year instead of proceeding with its IPO, a market capitalization of $11.3 billion.

“We are arguably very late to our IPO party, in one way to think about it, so we’ve been ready for a very long time,” Courtemanche said in an interview. “I’ve been doing this for 19 and a half years at Procore, so to me, the delay of the IPO due to Covid was just a blip in time in the overall scheme of things.”

After a decade of slow growth and relative obscurity — its sales in 2012 were just $5 million — Carpinteria, Calif.-based Procore (next door to Santa Barbara) raised venture capital and started to experience more typical fast-paced growth of standout cloud computing companies in recent years. The company reached “unicorn” billion-dollar startup status in 2016; in 2018, when Procore reached No. 5 on the Cloud 100 list, sales were approaching $200 million and an IPO already appeared on the horizon.

But by early 2020, when Procore looked to initially go out as a public company, the construction industry was put on ice by the pandemic. According to Courtemanche, 78% of Procore’s customers, who use the software to digitize blueprints and paper updates and manage complex construction projects, had projects delayed or disrupted by Covid-19 last year. Not a good time to hit the public markets. “Procore is indelibly linked to the construction economy globally,” Courtemanche says.

A year later, the narrative is swinging back. In 40-plus roadshow calls, Courtemanche says investors were impressed by the size of the construction market — what he says is $10 trillion growing to $14 trillion — and the backlog of projects about to come back online. For Procore, the funds can especially help in expanding outside the U.S.: while 90% of that global construction market is represented by the rest of the world, non-U.S. contracts are just 12% of Procore’s revenue today, which reached $113.9 million for the first quarter of 2021.

Procore opted against a direct listing, its CEO says, as the company wanted to choose its own investors and gain a marketing boost from the traditional IPO process. He says the company never seriously considered another alternative, the special purpose acquisition company, or SPAC.

In addition to global expansion opportunities, Procore can also look to take more advantage of the vast amounts of data flowing through its software — 5,500 terabytes of structured data, Courtemanche says: “I can tell you how much a yard of concrete costs in Miami versus Beverly Hills, and how subcontractors perform or who doesn’t perform.”

The construction market remains highly fragmented as well, he notes, with Procore not yet reaching 5% market share in its core markets. That means that after telling Forbes in a 2018 print profile that he was a “dog on a bone” chasing the market long-term, Courtemanche says “the dog is still on the bone, man,” moving forward from the IPO milestone. “I’ve got a lot of work to do to connect everybody in construction on this platform,” he says.