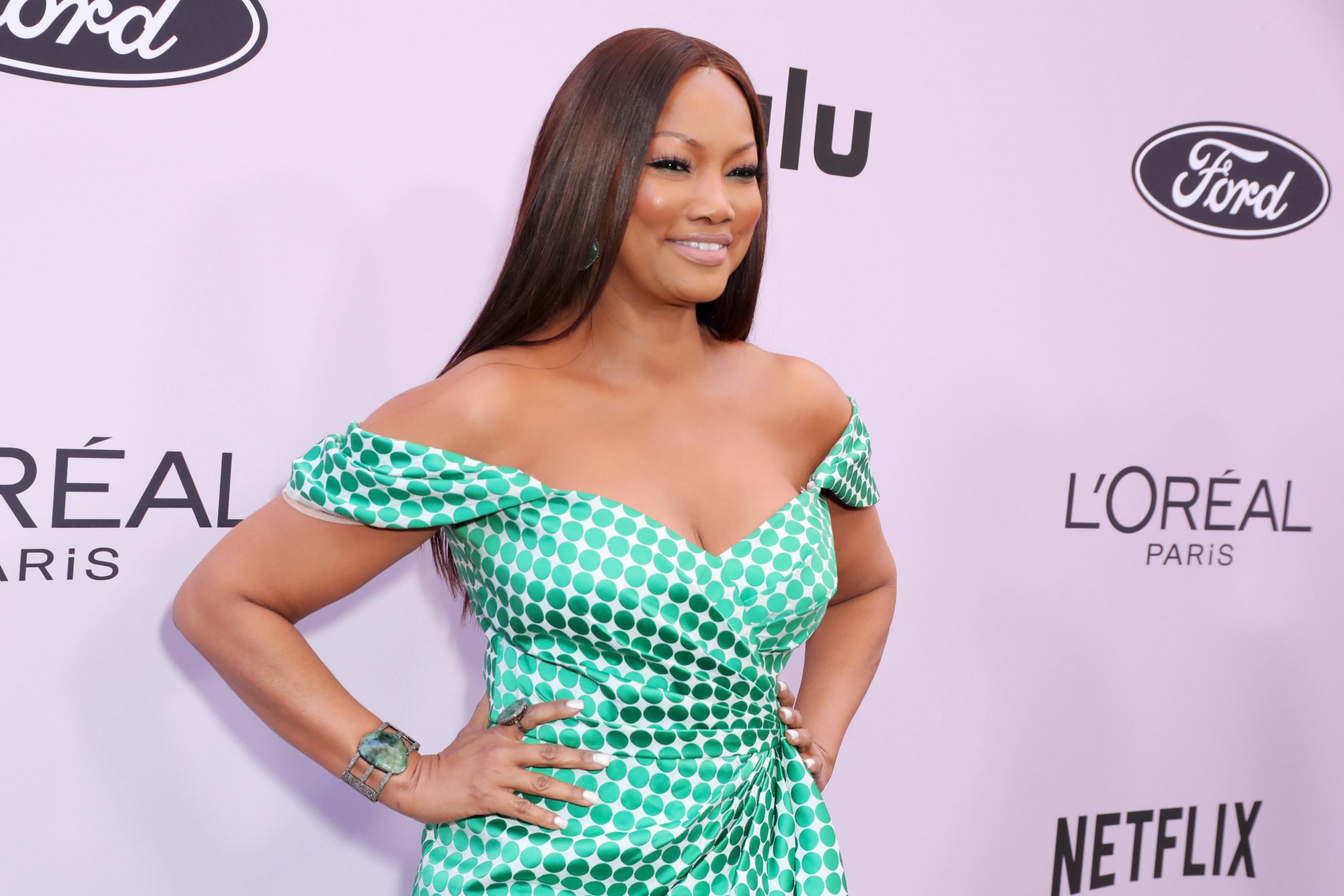 Real Housewives of Beverly Hills star Garcelle Beauvais has had quite a year since last season, when she moved into a brand new home. Like most of us, she ended up spending far more time there than she ever anticipated.

I recently spoke with her about what it was like to build her dream home (and not have to answer to her ex-husband during the process), what it’s like when your house is also a reality show set, where she really likes to shop for decor and the challenges of keeping everything looking neat and clean with two young boys in the house.

Fortunately, she has Arm and Hammer, a brand she recently partnered with to help launch The Baking Soda Showdown, a competition that’s designed to create cleaning rivalries almost as epic as the fights we’ve seen on Real Housewives. Beauvais generously revealed details about the new season, why she is grateful to live in such a beautiful place, and so much more.

Tell me about your partnership with Arm and Hammer.

My partnership with Arm and Hammer is so organic because I grew up with Arm and Hammer baking soda in my fridge. My mom always used to have it and switched it out from time to time, but I never really knew what it did other than deodorizing a refrigerator. But as I grew up and became a mom, it’s helped me in so many ways.

From taking stains out to cleaning the sink and helping my kids come together and clean— we’re cleaning so much more than we used to. Arm and Hammer has become a big part of our cleaning process in this house.

So we figured out how to do challenges to help them use Arm and Hammer baking soda to clean. [The boys] are competitive with each other but I’m getting them to do the cleaning, which is amazing. It’s my cleaning hack.

What was it like shooting Real Housewives of Beverly Hills from your new home this season?

It’s been a lot and we shot as much as we could. We didn’t go on a fabulous, luxurious trip overseas. We went to Lake Tahoe and Del Mar. There’s nothing wrong with that, but it’s not like going to Rome like we did last year for Housewives.

So it was really about pivoting. We shot a lot of things. We had to shoot from home when we did confessionals. I didn’t like this. Hair, makeup, and lighting were all on me. We all did the best we could.

Did you shoot a lot of scenes at home?

A lot of home scenes for sure. A lot of dinners at home, just trying to do the best we could. Even when we got together, we shot everything outside. So, there are scenes where we are freezing, because of course, we have to look amazing with our little outfits on. The lunches were outside, the dinners were outside— it was a lot of outdoor play, but that’s what we had to do to shoot and have a show for people to watch.

What’s it like now that your home has become a reality show set?

We’re all set designers. I think a lot of it was making sure the boys picked up their clothes, making sure [there was nothing] on the counter and what was behind you was not incriminating.

I have some pet fish. I call one Dorit and one Kyle. So, you’ll see that on the show.

You moved into a new home at the end of last season. What was it like to get to build your dream home?

I always wanted to have a white kitchen and with kids, a white kitchen just did not make sense in my life. My old house was definitely kid-friendly. Cheerios, Goldfish, everything was everywhere. So now that they are older, this is much more of a grown-up house.

I have a glam room so that when I’m doing hair and makeup, it’s not all over the house. The boys have their own space.

I love home design more than anything in life. I really do. I’m love going to HomeGoods, Target, and flea markets. Anything that I can decorate, I love. That’s my passion.

You really shop for decor at Target?

Yes and HomeGoods. Are you kidding? We were at HomeGoods the other day. If there’s something we like, we put it in our cart, just so nobody else gets it. And then we’ll get to the register and say, “Okay, we really don’t need that.” It’s so ridiculous.

But you’ve got to remember where I’m from. I’m from Haiti where we didn’t have a lot. So to me, expensive doesn’t always mean better. Even with clothing, I’ll wear Gucci pants with a Target or Zara t-shirt. I like balance. I’m not a label person where everything’s got to be a label. There are bigger things in my home like a couch from Restoration Hardware. You need something sturdy. The kids are going to sit on it. I don’t want everything to be high-end. That’s not who I am.

What are some of your favorite rooms in your new house?

My bathroom is really important. That’s my Zen place. I also have a deck outside of my bedroom. That is where I have a fountain and I can meditate. I have a fire pit out there now. It’s the little things that make me happy.

What was it like to finally get to design your home the exact way you envisioned it?

I’m 1000 percent glad I didn’t have a partner because I didn’t have to ask his opinion like my girlfriends do. A girlfriend of mine said, “I really want to do this to my bathroom, but my husband won’t let me. I said, “Girl, I don’t have to worry about that.”