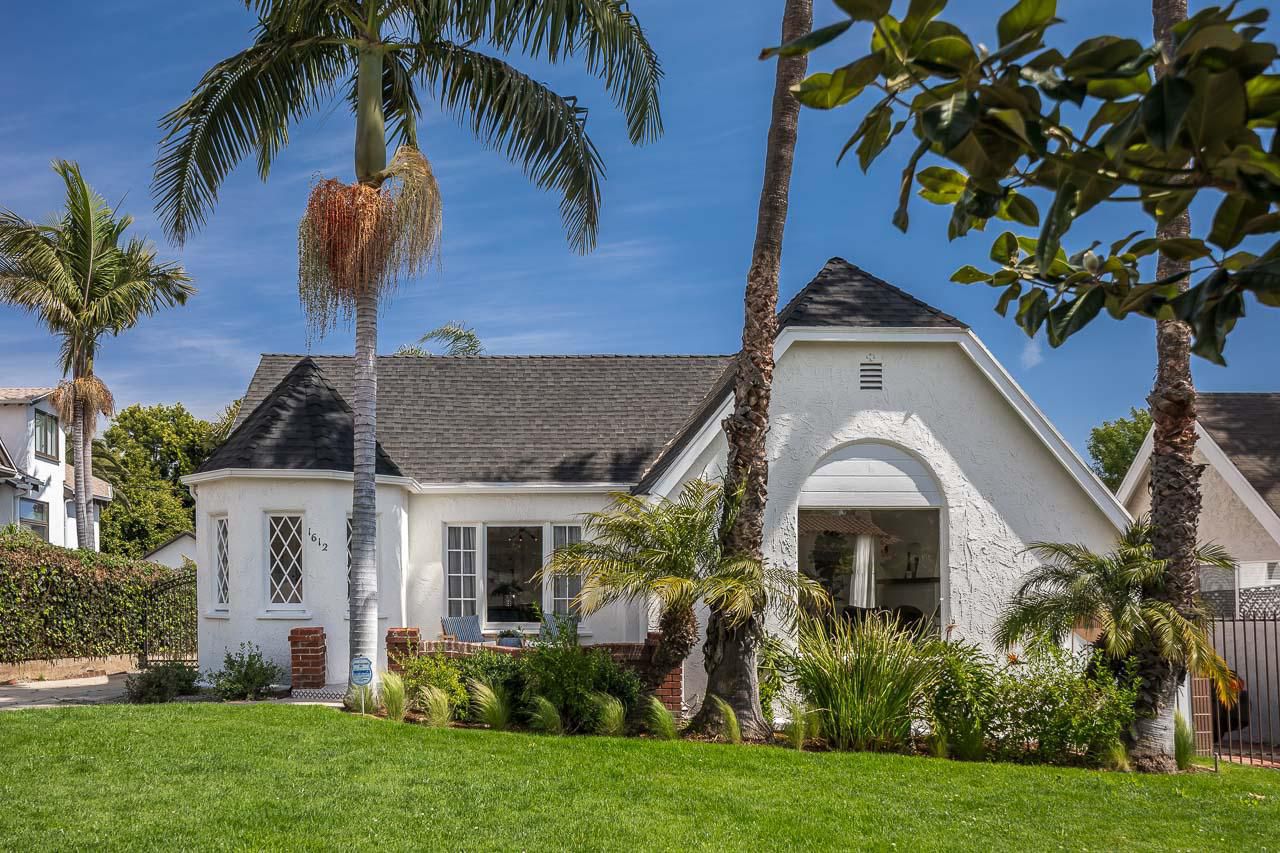 Actor Steve Hytner has sold his Mid-City Los Angeles home for $1.59 million, which is nearly $200,000 more than the listing price for the newly-remodeled property.

The sale of the three-bedroom closed in 30 days after listing in early April, typical of the hot real estate market in California and throughout the country. The California median home price reached an all-time high in March, with nearly two-thirds of homes selling above the asking price, according to the California Association of Realtors.

The 1930 stucco house is emblematic of L.A.’s Picfair Village neighborhood, a diverse area filled with Revival-style bungalows and mid-century homes.

“It’s definitely one of the ‘hot’ pockets in Los Angeles,” Hartley said. “It’s centrally located, lovely landscaped yards, well-kept homes, good-sized lots, wide streets, and one of the few places you can get into the market for under $2 million, or even under $1.5 if you’re lucky. Most houses coming up for sale in Picfair Village are flying off the market with multiple offers.”

The median number of days it took to sell a single-family home in California hit a record low of eight days in March, down from 15 days in March of last year.

Record-low inventory across California has been a factor, with the supply of homes for sale dropping by more than half over the last year in 30 of the state’s 51 counties.

Original features and a recent renovation helped boost the home’s appeal. Hytner, who had owned the house since 2004, recently remodeled the kitchen and repainted the interior. There is also a newly tiled entry porch, refinished hardwood floors, new light fixtures throughout and new landscaping in front and back, including 18-foot privacy hedges in the backyard.

“This is hard to find in a city where flippers come in and tear out a lot of the original charm in a home,” Hartley said. “This owner chose to preserve this home’s integrity and features. He just kept it well maintained over the years, so the recent renovations only enhanced it and made it really shine on the market.”

The home also features a bedroom that opens to a raised deck overlooking the backyard and a separate two-car garage with sliding barn doors and a pitched ceiling that has been finished out with drywall and can be used as an accessory dwelling.

Along with Seinfield, Hytner has appeared on a number of sitcoms, including Friends, The King of Queens, Two and a Half Men and Working, as well as in the HBO series Hung and such movies as In the Line of Fire, Forces of Nature, and Eurotrip.