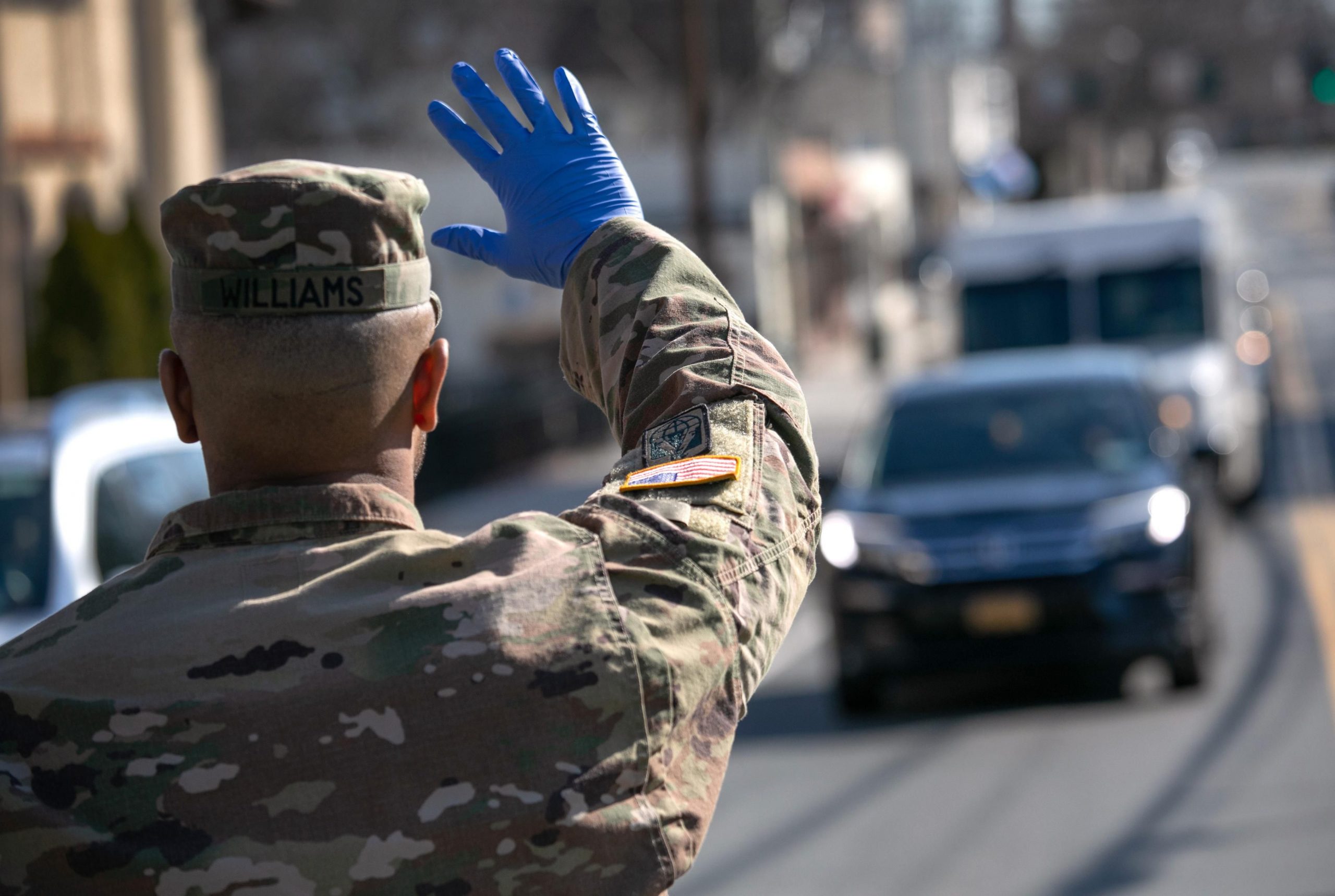 The days of the National Guard strolling a containment zone in New Rochelle, New York may have ended, but the visible reminders of the Covid pandemic on the city’s streets will last for years to come.

Some of the changes will be ways to stop people from getting too close to each other—such as physical barriers so retail and restaurant frontage can interact with customers in greater numbers without having to sacrifice social distancing requirements. Other changes will be ways to give people more places to be outdoors—such as planting trees in so-called “heat islands” to create places where people can gather on hot days.

As Mayor Noah Bramson says the city will now start to, “look differently at every chance to add new open space.” Citing one large piece of property the city has the opportunity to obtain and repurpose for communal outdoor use, he adds, “In years past that might not have risen to be a top ranked priority. But now we see it in a different light.”

Five years ago the city of New Rochelle launched a extensive master development plan which aimed to bring approximately 7,000 new residential units and millions of square feet of retail, hotel and office space to the city of 80,000 residents. Back then there was little reason to think every inch of outdoor space would become crucial to local quality of life or that retail frontage would need strategic barriers on their sidewalks.

But then in March of last year a resident who worked in Manhattan tested positive for coronavirus and was soon linked to dozens of other cases in the area. On March 10, New York Governor Andrew Cuomo implemented a containment area around a one-mile radius in New Rochelle which brought in the National Guard to distribute meals to quarantined residents, assist with deep cleaning and ensure people stay away from all the spaces closed to the public. The sudden change in living conditions brought to bear a need to give a new look at the development plan, specifically as it relates to how and where people interact outdoors.

Bramson mentions a proposal to turn an unused overbuilt highway into a linear park. “With Covid we can make an even stronger case for its importance,” he said of the LINC project. “That may be valuable in terms of attracting funding from higher levels of government.”

The design changes are reaching their way into the residential developments as well. RXR Realty, the master developer for New Rochelle’s development plan, has already started to adapt floor plans so they accommodate working remotely. David Garten, Senior Vice President at RXR, says they have already started looking at ways to optimize their physical spaces and, “Balcony and outdoor space is something that we’re going to be incorporating in terms of our residential product moving forward.” As a nod toward reducing barriers to social isolation, they also plan to increase the number of fire pits on the terrace of at least one of their buildings so the outdoors can be used during more of the year.

Other changes RXR has implemented include increasing the amount of break-out spaces and private banquet seating in common areas, changing to MERV-13 filters in the HVAC systems, requiring reservations at the resident’s gym and enhanced procedures for cleaning and PPE requirements.

To keep construction projects in progress, and several hundred workers actively employed during the pandemic, RXR and other developers implemented everything from mandatory temperature checks, bimonthly Covid tests, and on-site medics for screening (at larger construction sites). Office staff at RXR wear body sensors that alert them if they aren’t standing more than six feet from another person.

RXR also created a relief fund which provided grants to local businesses and charities as well as provided free consulting services from their in-house team of experts to businesses in need. Additionally, the company joined dozens of other organizations in a city-wide initiative called Nourish All which used public and private funds to buy gift cards to local restaurants who would then use the income to purchase food from their existing supply chain sources and provide it to local residents burdened by food insecurity.

With New Rochelle’s proximity to Manhattan the new residential projects may be coming online at just the right time. As residents of downtown Manhattan started seeking out less expensive rent in the wake of the pandemic, New Rochelle was one of the first places many sought out since it is about half an hour train’s ride away from downtown on the Metro North line. “We’ve been very pleased with the rate of lease up,” says Bramson. “It has exceeded our expectations,” referring to some buildings which have seen 90% lease rates sooner than expected.

The changes coming to New Rochelle weren’t on anyone’s radar this time a year ago, but the city has adapted quickly to its new reality. The outdoors aren’t going to look the same as they ever have and previous norms for how people gather indoors will be substantially different as well.

“It’s not going to be the same that it was before the pandemic,” says Garten. “But there’s a reason to believe that it can come back stronger and more prosperous than before.”