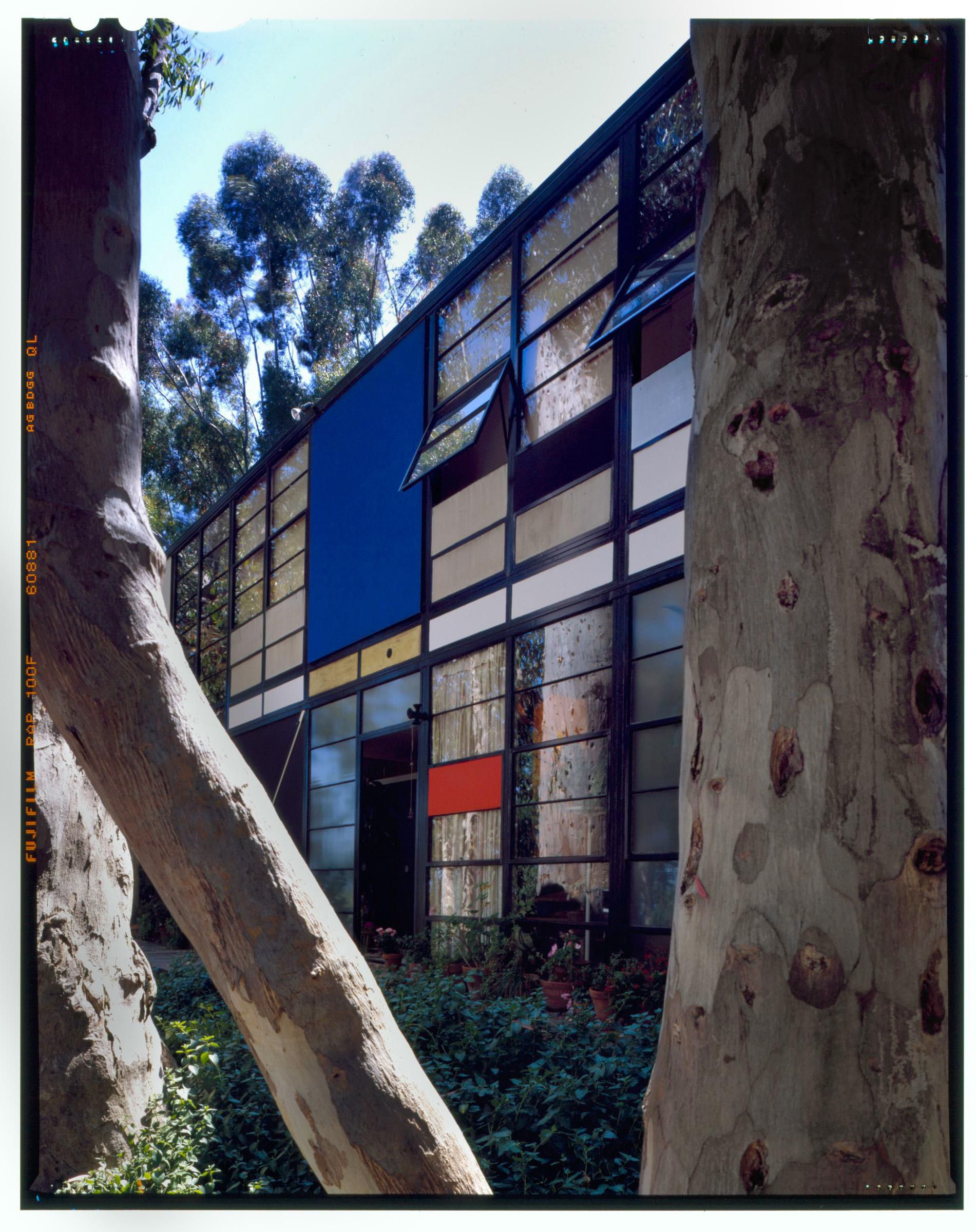 He announced the Case Study House Program’s launch in the January 1945 issue of Arts & Architecture magazine. He envisioned the program to solve the problem of housing shortages and anticipated the coming building boom that would follow War World II and the Depression.

The goal of the program was for each architect to create a home “capable of duplication and in no sense being an individual performance,” Entenza said in his announcement.

“It is important that the best materials available be used in the best possible way in order to arrive at a good solution of each problem, which in the overall program will be general enough to be of practical assistance to the average American in search of a home in which he can afford to live in,” he noted.

The Case Study House Program served as a model for post-war living, providing the public and the building industry an opportunity to access affordable, mid-century modernism and simple designs.

Floor-to-ceiling glass, steel frames, horizontal lines, modular components, open-floor plans and multi-purpose rooms were all elements of the Case Study’s take on modernism. The furnished projects provided places for owners to enjoy a family-friendly home with public and private spaces to relax, watch TV, listen to music and entertain, merging indoor and outdoor worlds with walls of steel and glass to allow ample light.

Initially, Entenza invited Richard Neutra, Charles Eames, Eero Saarinen and five other architects to submit prototypes and planned that all eight houses would be open to the public until they were occupied. The project was ambitious. The Eames and Entenza houses were designed in 1945 but not completed until 1949. Still, the Case Study program was so successful that it ran until 1966 and saw 350,000 visitors tour the open homes before clients took up residence.

Many architects such as Ray and Charles Eames, Saarinen, Craig Ellwood and Pierre Koenig became icons of modernism and earned international followings. The Case Study Houses launched the reputations of local architects such as Thornton Bell, Whitney R. Smith and Rodney Walker.