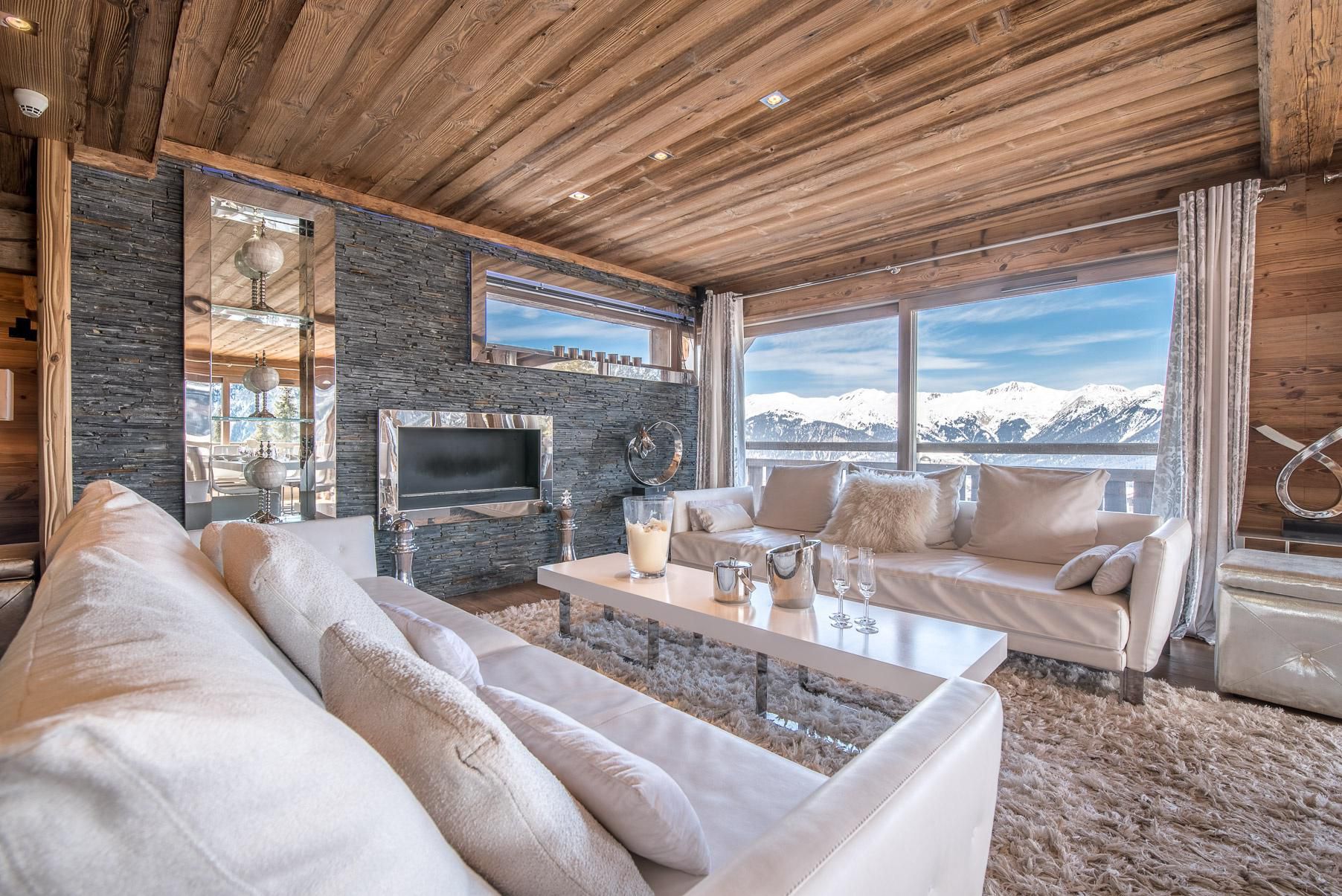 In this week’s look at properties abroad, I took a look at how the high-end housing supply in Manhattan stacks up against two traditionally second-home markets in Honolulu and the French Alps. From a custom oceanfront compound in Honolulu to a sophisticated chalet in Courvechel to a designer-done apartment on Park Avenue, here’s a sample of what about $8.8 million buys in each market.

The resort ski area of Courvechal is one of the most popular ski areas in the Les Trois Vallées, attracting scores of visitors (and second-home buyers) to the region each year. In addition to proximity to vast ski areas and groomed trails, the area is home to five villages full of restaurants, shops, luxury hotels and high-end chalets. This sophisticated chalet lies within Courchevel 1850, one of the area’s world-class ski resorts.

Features: Built in 2014, the five-bedroom chalet has a contemporary yet cozy mountain aesthetic underscored by rustic wood-paneled walls and ceilings. Designed for modern living, the residence has an open-concept floor plan with a large living space area and a fireplace feature on the far wall. Expanses of glass open the room to views of snow-covered peaks.

Other perks: The lower level is outfitted with a lounge, a lap swimming pool and a spa for warming up after a day on the slopes. A private garage and gear locker are among other features of note.

The pre-war cooperatives lining Museum Mile in Manhattan are some of the most distinguished in the city, but few are as elegant as the J.E.R. Carpenter-designed building at 1120 Fifth Avenue. This refined residence—one of just 44 apartments in the 1925 building—was recently updated and enhanced with no expense spared.

Features: Past a formal gallery, the grand apartment features four principal rooms with oversized picture windows overlooking Fifth Avenue and Central. A formal dining room and a library dressed in handsome pearwood bookend the living room. Further inside is a chef’s kitchen equipped with high-end appliances and cabinets and countertops that combine wood and glass elements.

Other perks: Inlaid Botticino marble and limestone line the vestibule leading to the primary bedroom suite. The home has a total of three bedrooms and four bathrooms. There’s also a media room that could be converted into another bedroom.

Located in East Honululu on the back end of Hanauma Bay, the neighborhood of Portlock is coveted by homebuyers for its privacy and panoramic views of the ocean, coastline and Diamond Head. This compound, called Ku’oko’a Kai, is a stellar example of the custom homes that line the shallow beachfront.

Features: Built in 2011, the two-story home is tailored for fair weather living and features nearly 9,400 square feet of total indoor-outdoor living space. Past a gated courtyard, the six-bedroom house opens to large living spaces outfitted in Brazilian cherrywood and travertine floors. A chef’s kitchen with two islands lies at its heart and sits adjacent to various common areas including a media room.

Other perks: An oasis in itself, the park-like property is punctuated by tall palms and lush landscaping. Covered living areas on the main level open to a waterfall-fed saltwater swimming pool. Elsewhere on the ocean-facing grounds are two hot tubs and a fire pit.