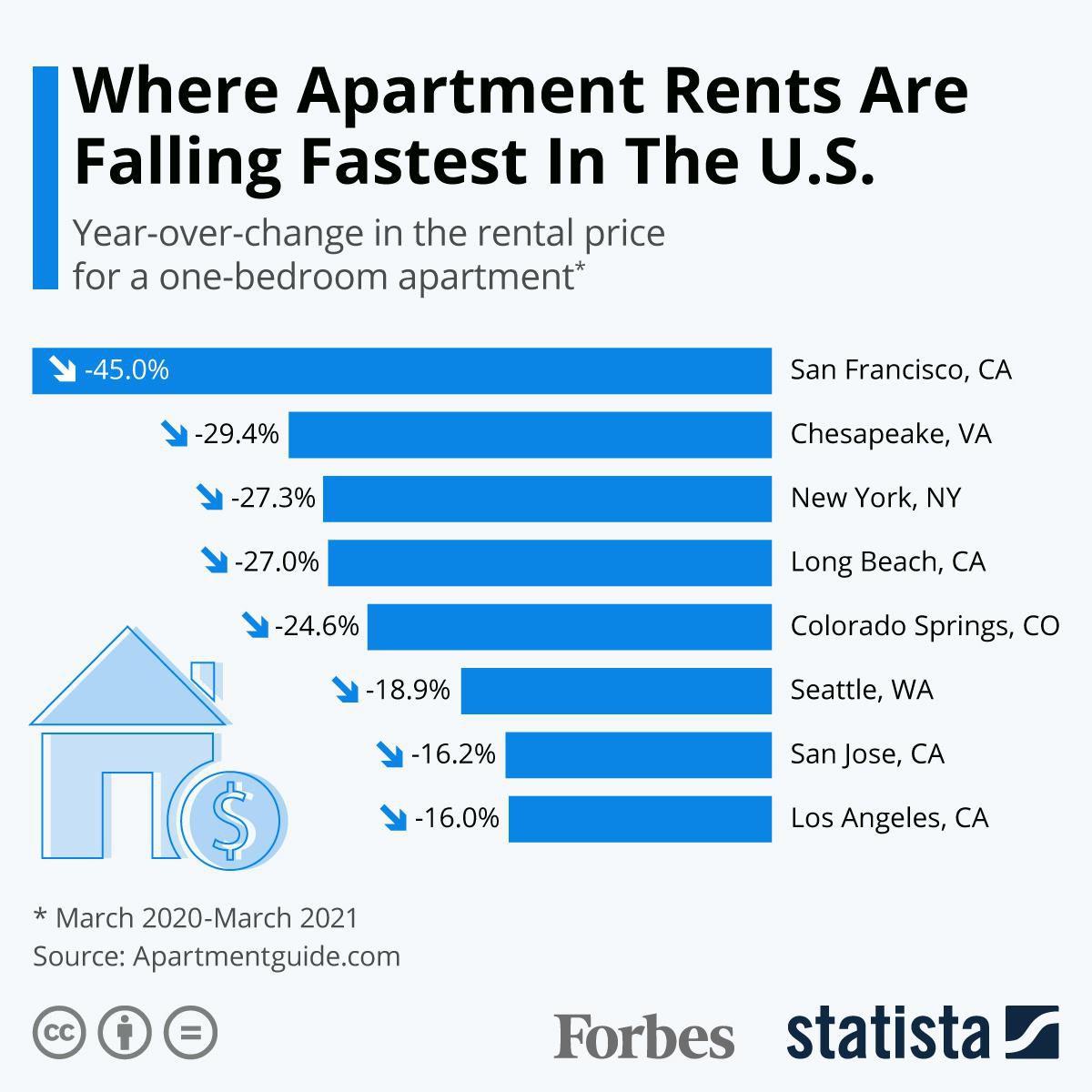 When it comes to renting, the U.S. has experienced a noticeable shift in patterns due to Covid-19. After the pandemic struck, many residents decided to pack up and leave expensive city centers in order to relocate to the suburbs or smaller and more affordable towns. The widespread adoption of remote working has made that possible in many cases and it is already resulting in a fall in rent prices in some of the country’s most notorious rental hotspots such as the Bay Area and New York City.

That’s according to ApartmentGuide’s most recent Rent Report which found that out of all major U.S. cities, San Francisco experienced the largest decrease in its average apartment rental price over the past year. Its position as America’s leading tech hub makes remote working a realistic option for many workers struggling to pay exorbitant rent and the average rental price for a one-bedroom apartment fell 45% between March 2020 and March 2021. Likewise, the average rent for a two-bedroom apartment also declined by 24%.

Chesapeake in Virginia, located in proximity to prominent naval installations, experienced the second largest decline in rent over the last year with a 29.4% fall. Ludicrous rental prices are nothing new in New York City and it posted the third highest decline in the analysis for a single bedroom apartment at 27.3%. Other notable cities experiencing some of the greatest falls include Long Beach (-27.0%), Seattle (-18.9%) and Los Angeles (-16.0%).

Rents are not decreasing everywhere, however, and some U.S. cities are experiencing a spike. With a 33.5% year-over-year increase in the average rental price for a one-bedroom apartment, Kansas City experienced the biggest rise in the country over the past year. Gilbert in Arizona posted growth of 26%, putting it second, while Las Vegas came third with 25.3%. Despite the recent downward trend, New York City still has the most expensive rental prices for a one-bedroom apartment in the country, averaging $3,117 as of March 2021. Los Angeles and Chicago come second and third with averages of $2,648 and $2,205, respectively.