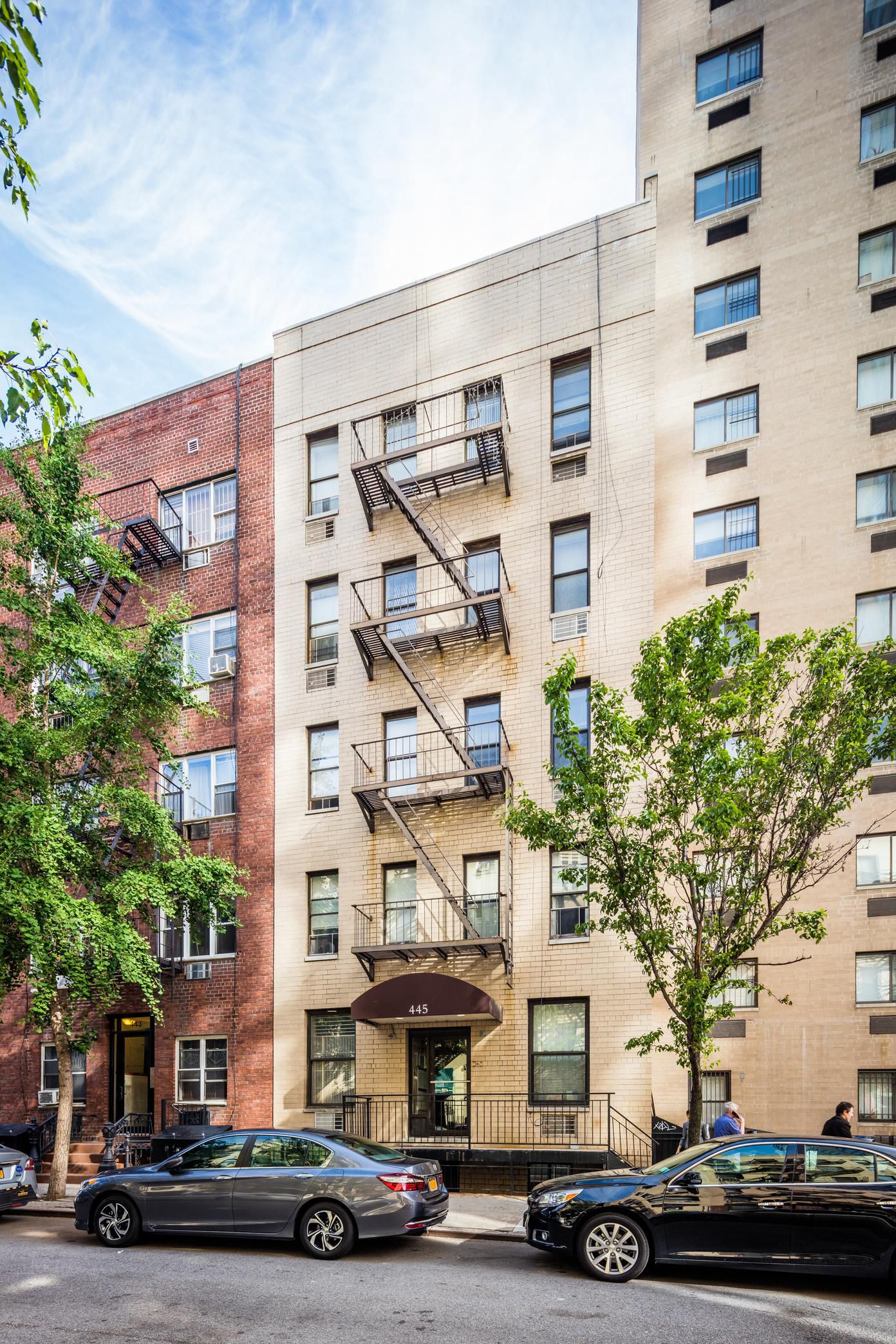 In the wake of downturns, real estate recovery is often heralded by a clearing out of distressed assets. Opportunistic investors typically look to struggling, over-leveraged or mismanaged properties. Low-interest debt and the promise of a market swing—often as well as some value-add strategy—drive activity and signal an industry turnaround on the way.

2021 is already looking different, though. There are already tangible signs of recovery in Q1, particularly in the multifamily sector, but many opportunistic investors are left wondering where all the distressed assets are. Unlike in 2009 or 2010, there doesn’t appear to be many pockets of distress this time around, with higher absorption rates and a swifter recovery compared to the 2008 crisis. The way down during Covid-19 was fast—and in many ways divorced from underlying real estate fundamentals—and the way back up appears to be fast as well. Here’s why:

The 2008 financial crisis was a clear economic crisis that led to valuations being drastically distressed. Many conventional lenders were either overleveraged or had highly leveraged structures that affected their ability to foreclose. This led to a wave of post-2009 note sales along with the foreclosures. Additionally, liquidity was a major issue that affected not only dislocated properties (i.e. properties with valuations no longer in line with the market) but almost every asset class and product type. The lack of buyers in the market and the suddenly lower consumer demand for real estate put transactions on hold for an extended period.

In 2021, there is a much more focused group of at-risk assets, which in return could clear out more quickly while leading to New York City’s recovery. Added to this, conventional lenders’ practices have become more conservative over the past decade and as a result their exposure is much lower today.

That said, pockets of distress or dislocation do exist in the following three areas:

These are predominantly in the luxury condominium market and many of these units are requiring bridge or mezzanine loans to weather the storm.

Transitional lenders are selling notes or reclaiming properties to partner with value-add operators in order to sell at a later time. In addition to Covid, eviction moratoriums and HSTPA laws, which impact the ability of landlords to raise rents to cover expenses such as repairs and upgrades, have exerted downward pressure on collections, placing landlords in a difficult position.

Consumer-focused assets such as hospitality and entertainment.

There are a number of note sales, foreclosures and operators handing over assets to lenders. Some opportunistic debt funds are stepping in and are willing to take the risk. For example, the Watson Hotel, the largest sale of Q1, transacted for approximately $155 million, or $260,000 per key. This is a stark drop from the pre-Covid per-key average of $465,000 in Manhattan since 2019. At a 44% discount, this is a prime example of how Covid affected the hospitality industry, as the previous owner had defaulted on its loan to HSBC.

However, these examples may not represent the wider market right now. Usually, overall growth follows a wide trend of distressed assets selling first. Today, recovery and growth are already underway while the pockets of distress are still working themselves out. As the vaccination rates rise and social distancing restrictions ease, it’s anticipated that condo units will move again, dining and entertainment will become more viable and rent collections in rent-stabilized buildings will increase back to normal.

International travel will still be an issue for hospitality as Covid spikes persist in certain regions abroad. As a result, hotels are likely to be the last sector to rebound from the pandemic, with international restrictions and lack of consumer confidence in the travel industry persisting after people go back to other activities. Additionally, the long-term future of business travel is unclear, as the wide-scale embrace of videoconferencing may lead to less air and train travel.

Still, the market doesn’t appear to be waiting for all of these distressed pockets to resolve.

The pandemic presented a major struggle for development sites, which saw significant delays as non-essential construction halted for months. Even after project sites resumed, labor shortages and supply chain disruptions have pushed delivery dates, requiring new bridge and construction financing for developers and contractors alike to weather the storm. Slow leasing velocity added to the cashflow struggles for owners and developers.

Building sites are humming again, though, and the likelihood of a tipping point coming this  September for leasing is high as students come back for in-person learning and families return to more normalized routines. Vacancies in the residential rental market have shifted dramatically since November 2020. Estimates count 50% to 75% more leases signed than the year before. While rent pricing is down (though perhaps not for long), vacancies are also down. As a result, concessions, which are incentives such as free months of rent and fee waivers to attract tenants, are becoming increasingly less common as activity picks up. Investors have shifted their negative concerns about vacancies to a positive outlook on occupancy growth. The underlying assumption is also that rental prices will rise back up; the only question is how quickly they will rise in the next 36 months.

In the commercial sector, the signs are mixed but overall encouraging. Retail struggled prior to Covid, due to longer-term consumer shifts, and this trend is expected to continue even after the pandemic ends. The bright spot, however, is that well-located retail assets have started to receive interest from national retailers as they take advantage of lower rents.

Overall, there is a pent-up public demand to get back to normality. People want to go to stores, gyms and other storefront businesses. In the dining sector, the easing of restrictions mean that restaurants and bars are starting to hum again. While many smaller bars and restaurants did not survive the downturn and social distancing, locations are starting to see new business owners taking over old leases. Additionally, many spaces are being leased by ghost kitchens, delivery-only restaurants that lower overhead costs and, in many cases, maximize efficiency by operating multiple dining brands at once from the same kitchen and staff.

Offices, meanwhile, are also seeing more employees coming back as the vaccine rollout continues its trend of success. This trend will only increase as employers are starting to mandate returns to the office. By September, office occupant numbers should jump. Along with new office signings, the outlook is becoming less gloomy. However, the long-term effects of hybrid working and working from home are still unclear, as the industry looks to see what happens as smaller office leases expire over the next few years.

With growth and recovery coming before a wave of distressed asset sales, there will likely be more deal workouts, fewer note sales and foreclosures and less significant dislocation of asset values, as the growing number of transactions provides clarity on pricing.

During the 2008 crisis, the multifamily asset class, for example, started to see value growth starting in 2011, three whole years into the crisis. Most distressed assets cleared out in 2009 and 2010—and even then with some lingering effects.

This time, the market won’t have to wait that long. The dollar volume of investment sales transactions in New York City in 2009 was $6 billion ($7.41 billion, adjusted for inflation) compared to $18 billion in 2020. This indicates strong liquidity compared to the 2008 crisis with higher and more predictable certainty levels relating to the recovery of commercial asset fundamentals. While the first quarter of 2021 was still slow, this is a lagging indicator.

Contract signings activity for New York City investment sales have significantly increased over the past 60 days suggesting the volume of transactions will most likely grow compared to 2020. Sales activity in March 2021 was comparable to the average of activity in Q4 2019 and was actually the most active month in a year and a half.

The fundamentals, especially in the residential market, show strong signs of recovery. Investors should not wait to see a critical mass of distressed asset activity as the cue to act. This recovery is transpiring more rapidly than after the previous downturn and market players are already transacting.